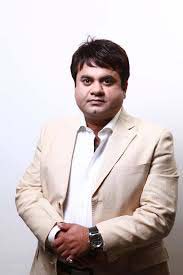 Dehradun, 16 Nov: In a further setback to the state government, the chief accused in the recent ‘sting’ case, Umesh Kumar was today granted bail by Additional District Judge, First, RS Khulbe. Yesterday, the court had declined permission to the state police to conduct narco and brain mapping tests on Kumar. It may be recalled that Kumar had been sent to judicial custody till today. He had been arrested on 28 October and sent to judicial custody.

However, ever since the news broke out and Kumar was arrested, the police have reportedly not been able to find substantial evidence against Kumar which could lead to conviction and imprisonment. This is also partly because the police were unable to secure custody of Kumar. Besides, the inquiry officers were unable to recover the sting media and equipment despite raids on several properties of Kumar. Yet another reason was that police could not even lay their hands on the other accused in the case, including Rahul Bhatia, Pravin Sahni, Saurabh Sahni and Mrityunjaya Mishra as they managed not only to secure anticipatory bail, but also give the slip to the police by not responding to their summons. In a matter of personal embarrassment to the CM, the Court yesterday had not only rejected permission for the narco test and the brain mapping of Kumar, it also chose to issue notices to a relative of Chief Minister in the sting case.

Meanwhile, the police had also registered another case against Kumar related to cheating and fraud in a property dispute, but the inquiry in that case is yet to be taken forward by the police.

Now that Kumar has managed to come out on bail, today, many officials and the police may face some embarrassment should he make public the sting operations done so far. However, now that he is now seen as a sting media person, his own journalistic career has also been jeopardised.

According to sources high up in the state government, apart from some momentary embarrassment, the government was unlikely to face any crisis or image problem since the stings allegedly conducted by Kumar’s team in Uttarakhand don’t prove or reveal any real corruption or cash transaction, though one of the stings allegedly shows Mrityunjaya promising contracts but, then, he has no direct concern with the award of any contracts.

Garhwal Post has established itself as a credible, balanced and forward looking newspaper in India. Based in Uttarakhand, the daily is read by the aware, socially and culturally responsible, high-income elite of society.
Contact us: info@garhwalpost.in
flirt memphis muslim speed dating manchester https://garhwalpost.in/muslim-speed-dating-manchester/