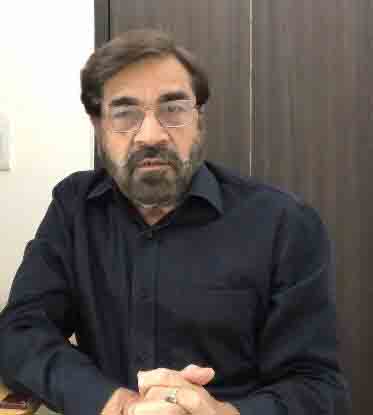 By Our Staff Reporter
Dehradun, 23 May: Former Chairman of the Uttarakhand State Child Rights Protection Commission, Ajay Setia has expressed concern over the widespread Covid infection among children in Uttarakhand. Noting that, according to official figures, 10,705 children had been found infected by Covid during the month of May while, in all, 17,990 children had been infected in the month of April and May, he says that this trend was worrisome. While there were apprehensions of a large number of children getting affected during a possible upcoming third wave of Corona pandemic, the fact that so many children had been infected during the ongoing second wave itself needs deeper investigation.
He has suggested that the Union Health Ministry and the ICMR should investigate how so many children were getting infected. He has demanded that ICMR send a team of experts to Uttarakhand to investigate what the reason is behind such widespread infection among the children here.
He has also appealed to the state government to urgently ask the paediatric department of every major hospital in Dehradun, Haridwar, Rishikesh, Haldwani and Rudrapur to make emergency arrangements for the infected children in case a more widespread infection is observed, particularly in the hills, which lack adequate health infrastructure.
Ajay Setia welcomed Chief Minister Teerth Singh Rawat’s decision to launch the Vatsalya scheme for children orphaned because of Corona and the financial aid of Rs 3,000 per month for each till adulthood but suggested that this grant be raised to Rs 5,000 per month.