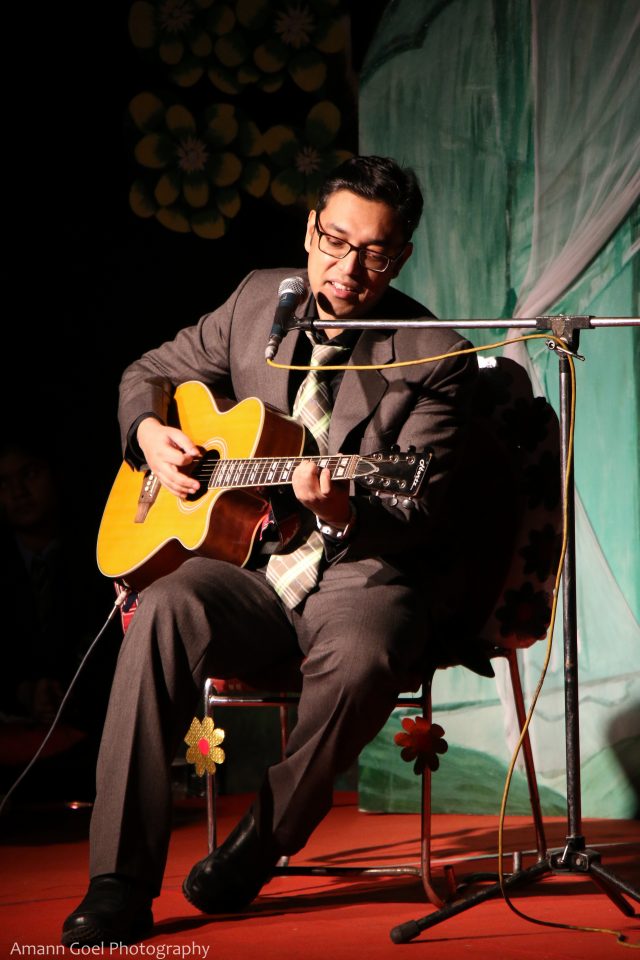 Dehradun, 14 Nov: Seven Oaks School, on the evening of 11 November, celebrated its 25th Anniversary with enthusiasm. Students, teachers and parents were deeply engaged in making the evening’s programme a huge success.

The ceremonial lamp was lit by Chief Guest Anupam Roy, an eminent singer, lyricist and music director of the Indian film industry. Piku, Highway, Pink, Hemlock Society and many other famous films have Roy’s songs in them. He is a proud winner of the National Awards, Filmfare Awards, Mirchi and Music Awards. He was accompanied by the Guest of Honour and President of RTI Club, Uttarakhand, Dr BP Maithani and Dr S Ganguli, the Chairman of the school.

‘Anand Nritya’, a classical dance performance by the students, added a significant dimension of Rabindra Sangeet.

The performance was followed by Dr Ganguli’s welcome address. The history of the school over a 25 year journey was narrated by him. He recalled that Seven Oaks School was established in 1994, in memory of Somita Ganguli, a dedicated teacher, to impart high quality education to students of all nationalities and religious convictions. Dr Ganguli thanked eminent people such as Ahmed Patel, MP, Kamal Nath, MP, Rajan Nanda, CMD, Escorts, Nar Bahadur Bhandari, ex-CM of Sikkim, Maheshinder Singh Badal, MLA, Punjab, Ashok Kapoor, MD Krishna Maruti Udyog and Mrs Fanthome for their support when the school took its first flight in 1994. Dr Ganguli expressed his gratitude to all the parents and teachers of the present and past for their contribution. He congratulated the alumni for carrying forward the school ethos of ‘Growing and Serving’ in whichever part of the world they were.

Principal Lalit Mohan Kumar highlighted the accomplishments of the students in his speech, followed by Dr Maithani sharing his wisdom with the stakeholders.

The evening progressed with the School Choir presenting the song ‘Let the children have a world, where there is no sorrow, no pain’.

Anupam Roy’s inspirational address and performance drew thunderous applause from the gathering. His song ‘Bezubaan’ from the film Piku left everyone enthralled, followed by a popular Bengali Song, ‘Amake Amar Moto Thakte Dao’ composed by him.

Then followed a historical dance-drama, ‘Padmavati’. With 200 students participating, the play was a mammoth presentation. The splendid folk dances of Rajasthan with the theatrics left the gathering enthralled. The play was directed by Gajendra Verma. The light and sound show culminated with the vote of thanks proposed by Headmistress S Siddiqui.