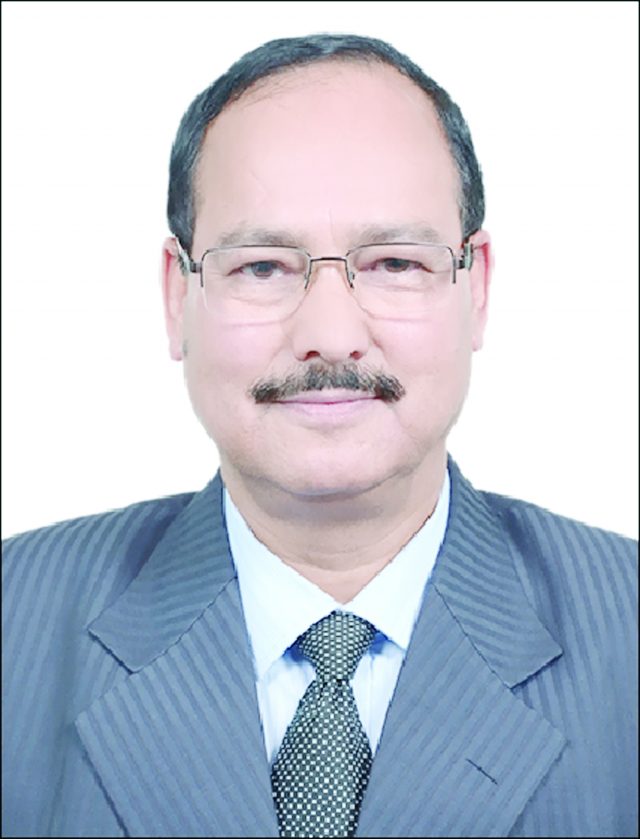 Dehradun, 18 Jul: Dr PP Dhyani is the Vice Chancellor of Shri Guru Ram Rai University (SGRRU) with effect from 29 September, 2017. Earlier, he was the Director of GB Pant National Institute of Himalayan Environment and Sustainable Development, an autonomous scientific institution of Union Ministry of Environment, Forest and Climate Change. Dr Dhyani is a Fellow of the Institute of Ecology, Indian Academy of Environmental Sciences, and Indian Botanical Society. He has rich experience of 38 years’ in research and teaching, and his scientific expertise is in the field of eco-physiology, restoration ecology and conservation biology.
Dr Dhyani has 269 scientific publications, including 23 books and 5 policy documents, to his credit; he has visited 20 countries, covering all the 6 human-inhabited continents of the world, and participated in 303 national and international conferences/symposia/ workshops/meetings in various countries of the world. Dr Dhyani has served as a member in a number of high-powered committees of Government of India during 2013-2017. In recognition of his outstanding contributions in the arena of scientific research, Dr Dhyani has been bestowed with numerous awards and accolades. He was accorded the distinction of ‘Leading Scientists of the World’ and ‘Top 100 Scientists of the World’ by the International Biographical Centre, Cambridge, United Kingdom in 2009. In the same year, Dr Dhyani was also honoured with the ‘Bharat Excellence Award’ by the Friendship Forum of India, New Delhi. In 2010, he was awarded the ‘Gold Medal’ by the Indian Academy of Environmental Sciences, Haridwar. In 2012, Dr Dhyani was conferred the ‘Gold Medal for India’ and ‘Award of Excellence’ by the American Biographical Institute, North Carolina. In 2013, Dr Dhyani was elected Sectional President for Environmental Sciences Section of the 101st Session of the prestigious Indian Science Congress. To add to his numerous distinctions, he was nominated as Chairman for Ecological and Environmental Science Research Committee of the 38th Indian Social Science Congress in 2015.
In 2016, Dr Dhyani, on behalf of Government of India, successfully organised Side Events on the Himalaya at the Conference of Parties (CoP) 22 – UNFCCC in Morocco and Conference of Parties (CoP) 13 – UNCBD in Mexico. In recognition of Dr Dhyani’s outstanding scientific and administrative leadership, the Government of India elevated ‘GB Pant Institute of Himalayan Environment and Development’ as a National Institute in 2016. In May 2019, Dr Dhyani was conferred the ‘Uttarakhand Ratna’ Award by the Intellectual Forum of India for his outstanding contribution in the field of science and society. Based on his strong academic and administrative leadership, he, as the 1st Vice Chancellor of Shri Guru Ram Rai University, succeeded in steering the university to an international platform of Himalayan University Consortium, an international network of more than 62 top class universities of the world, and got the university approved by the University Grants Commission (UGC) within 2 years of its existence. Dr Dhyani is Life Member of 26 national and international scientific societies and has been listed in various global documents including 34 national and international biographical directories.

Garhwal Post has established itself as a credible, balanced and forward looking newspaper in India. Based in Uttarakhand, the daily is read by the aware, socially and culturally responsible, high-income elite of society.
Contact us: info@garhwalpost.in
dating international sites free dating sites in lexington ky