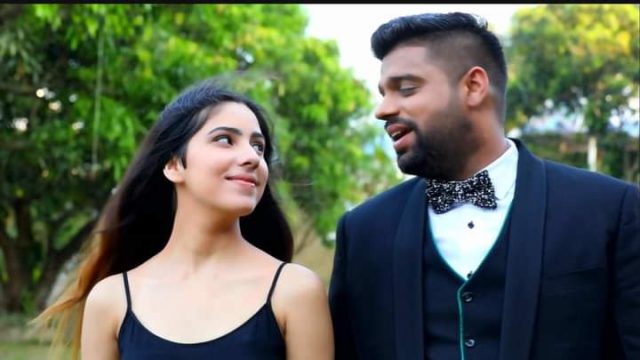 DEHRADUN, 11 May: Uttarakhand singer and rapper Shivam Sadana’s song “Tu Mila” has gone viral on YouTube, garnering 2 million views from all over India. This Hindi duet features the Miss Uttarakhand participant Kashish Chopra and the melodious female voice of Shalini Mamgain, attracting more than 2 million views in 2.5 months on YouTube.
Sadana, an independent singer and producer, has till now produced and released 8 songs on his YouTube channel, including a romantic Hindi song, “Chal Humsafar”, through Mumbai’s T series company.
He is not only famous in his Hindi genre but has also done work in Punjabi, crossing more than 2 million views together on both his songs, “Paave Gucci” (1 million) and “Kaint Teri Nazran” (1 million). Born in Haridwar and educated, raised and working in Dehradun, Shivam sings and produces songs in Hindi, Punjabi and English. Till now Sadana’s Channel has garnered more than 4.5 million views on YouTube. Once working as a guitar tutor and helping in his father’s business, Sadana now has emerged as a successful emerging artist with fans from all over India. Sadana is active on, both, Instagram and Facebook with thousands of growing followers. Shivam is soon going to release his new Punjabi video song “Soniye Kyun” and English song, “Crazy Pretty Girl” on his YouTube Channel.