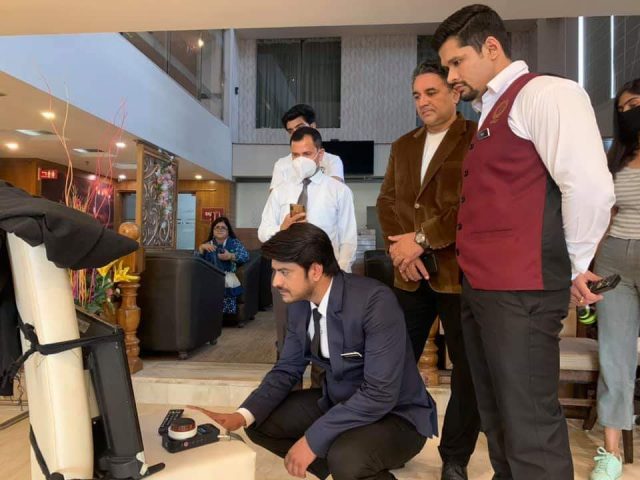 DEHRADUN, 30 Jun: From ’72 Hours’ to ‘Saumya Ganesh’ and now ‘Amangal’, Avinash Dhyani is on a roll.
This young writer, director, actor from Uttarakhand is a man driven by passion for films. Last year, he gave us the critically acclaimed “72 Hours”. In April, be began shooting his dream project, ‘Saumya Ganesh’, which had to be halted due to the sudden pandemic lockdown.
Not willing to sit still, he decided to use the lockdown time fruitfully by working on a new script. The result was a horror story, titled ‘Amangal’.
Avinash Dhyani began shooting for this film under his banner, Padmasiddhi Films, after the pandemic regulations were relaxed. 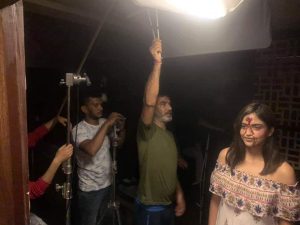 Talking about ‘Amangal’, he disclosed that the film has been planned for the OTT platform. “We are making this film in collaboration with JSR Production House and Nahal Productions. The muhurat shot took place at Hotel JSR Continental on 28 June. We thank the Government of Uttarakhand for giving us the requisite permission for shooting during this unlocking process. Of course we are taking care to observe the mandatory precautions.” 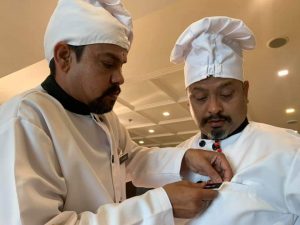 The film’s star cast includes Avinash Dhyani, Suruchi Saklani, Sanskriti Bhatt and Prashil Rawat, as well as some of the renowned artistes of Uttarakhand such as Abhishek Maindola, Rishi Raj Bhatt, Satish Sharma, Bardish Chabbra, Kavita Virmani and Abhimanyu Maindola.
The pre-production of the film was on for the past three months of lockdown. The team followed the ‘work from home’ format. “The lockdown had been a tough time for all of us but, along with the team members, I used this time of “Quarantine” for innovation instead of being slothful,” shares Dhyani. The DOP of the film is Balwant Singh Jyala. Rajesh Joshi is the Associate Director and Dhananjay Dhyani is the 1st Assistant Director.