By ANJALI NAURIYAL
DEHRADUN, 11 Dec: The most eagerly awaited of Ullu Originals, Peshawar, will be streaming next week. A gruesome terrorist attack on an Army School in Peshawar, Pakistan, shocked the world in 2014. On 16 December, 2020, a Web series on the dastardly attack will release on Ullu App.

Ullu App, India’s newest streaming platform, known for its unusual variety of films, web series and exclusive adult shows, shot its most ambitious initiative, Peshawar, at some of the most exclusive locations in Doon and Mussoorie, apart from Mumbai. 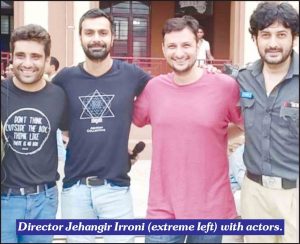 The series boasts a stellar cast including Rakshanda Khan, Aadarsh Balakrishna, Aashmit Patel, Rushad Rana and Amitriyaan. Child actor Sejal Gupta of ‘Kya Haal Mr Paanchal’ fame, too, has a pivotal role in the film.
The series marks the debut of Sushmita Sen’s brother Rajive Sen who expressed his delight to be part of this poignant saga.

The story is based on the heinous terrorist attack that devastated an army school in Peshawar, Pakistan. As many as 148 children were killed in this attack. This attack that shook the world, makes for a poignant story, and has pegs around which many lives were grievously impacted. These pegs have been sensitively filmed in the series.

Sejal plays Khwala, daughter of Fatima, enacted by Rakshanda. Fatima, who is an illiterate woman, wants that the same fate should not befall her daughter and so admits her to the Army School in Peshawar. Soon, tragedy strikes and Sejal meets a gory death.

Elated about the release of his directorial venture, Director Jehangir Irroni states, “It was a wonderful experience working with the local young talent in Dehradun. They are full of energy and have good knowledge about Cinema. Our major shoot sequences, which involved a lot of School children performing action sequences, were done at Saigrace Academy. Samar Jeet Singh’s students at Saigrace performed each and every scene so well.”

Continuing, he states, “Two experienced actors from Dehradun Satish Sharma, who played the role of an ISI Chief, and Anjali Nauriyal, who played the role of the Principal were bang on in their performances. Could not imagine anyone else performing these roles the way they did. Over all the scenery of Dehradun is so beautiful that capturing it on camera was a delight.” 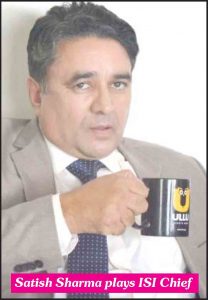 The prominent role of the ISI chief has been enacted by eminent actor and newspaper editor and owner from Doon, Satish Sharma. He is known for his roles in Salman Khan’s ‘Sultan’, and business tycoon’s role in ‘Prime Minister Narendra Mode’. Jackie Shroff’s ‘Firrke’, Nawazudin Siddiqui’s ‘Bolen Chudiyaan’ and ‘Diary of Marry Gomez’ will be his next big releases.

Talking about his role, he said, “My role is that of an officer who is continuously warned about impending attacks. The helplessness of senior officials in averting this tragedy is what makes my role a chilling one.”

Another young and aspiring actor from Dehradun, Abhinav Chauhan, shares his experience, “I had a great time while shooting for Peshawar! In fact, this is my first ever web series that I have done with big names in the industry such as Rakshanda Khan, Shishir Sharma and Sakshi Pradhan! I will be seen playing the role of Junaid, a school teacher and the love interest of Sakshi Pradhan, in the webseries! Although my screen time is not much, but the role is very prominent and I am sure you’ll love my character. The webseries is releasing on 16 December, 2020, only on Ullu App!!”

Commenting on the team’s experience of shooting in Uttarakhand, Puja Bhatt states, “This was my first visit to Dehradun and I had a great experience working here. People here are cooperative, supportive and friendly. It was an awesome experience indeed for our team.”

Peshawar has been directed by Jehangir Irroni, who has helmed numerous Documentaries, Ad Films, Television Shows, Corporate Videos and Films. A graduate from Whistling Woods, he has directed numerous Television Shows like Heerji Ne Marje, Jai Ho Bharatiya, etc., and Television Ads for brands like LIC, LIVSAV, Read My Language and many more.
His latest short film, The Suicide Company Pvt Ltd, tackles the issues of depression and suicide, a menace of post-modern times. It gives a positive message against depression and mental illness. This film won the Best Narrative Short at LAFA (June 2018). It has won best screenplay at IFTDA awards, best film at Torrento ALTFF and been nominated for best short film by Filmfare. 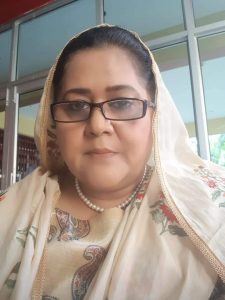 Doon’s prominent journalist, author, social worker and actor Dr Anjali Nauriyal essays the role of the school principal, Tahira Kazi, who sacrifices her life to save her students. The Taliban militants burned Tahira Kazi alive. She was set on fire by jihadists who made her students watch her being burnt to death. 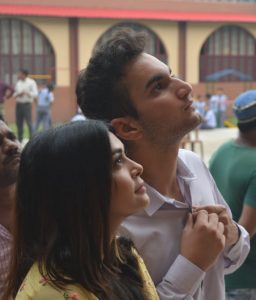 Abhinav Chauhan, a young talented actor from Doon, too, marks his presence in the series. He enacts the role of a school teacher happy in love, but meets with a tragic end. Hailing from Jaunsar, Abhinav also dabbles in folk singing.

Producer-Filmmaker-Entrepreneur Vibhu Agarwal is a man with a vision, one who is totally focused on entertaining viewers with his OTT platform, Ullu.
Having successfully executed many shows, Halala and Panchali being the most recent ones, Ullu will now be back with another heart wrenching series, Peshawar.
Under his leadership Ullu’s scripts are made in accordance with modern thought processes and are totally relatable.
Ullu is available on iOS on the App Store and Android on the Google Play Store.

Garhwal Post has established itself as a credible, balanced and forward looking newspaper in India. Based in Uttarakhand, the daily is read by the aware, socially and culturally responsible, high-income elite of society.
Contact us: info@garhwalpost.in
mature kent dating