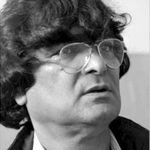 By RAJSHEKHAR PANT
A young boy in my small town committed suicide in the morning. The news was broken to me just fifteen minutes back. To confirm it I called an acquaintance of mine from that part of the town. I did not enquire of the depressing details of this saddening incident save what spontaneously was spoken by him. The young boy was pursuing some undergraduate course from a reputed institution.
Death makes me melancholic, it does so to everyone. Otherwise also the year twenty-twenty has been quite formidable. We lost three members of our family including my father. LHowever, when someone- who is so young; has yet to see the world as such; has yet to learn to live, to fight, to celebrate victory and bear losses -bids an untimely adieu, the spontaneous reaction is -why so? Are we really to Gods-  as says Shakespeare  -what flies have been to wanton boys?  Whether life and death are absolutely illogical and it is but the human destiny to tread on the slippery ground stretched between the twin mega accidents of birth and death… I think it is at this point that one may find the genesis of the theory of reincarnation and that of accumulated karma  –that gives if nothing, at least a consolation and may be of help in regulating your conduct, your actions.
The scientific explanation of this unfortunate incident would be quite different, may be diametrically opposite. Such an impulsive action will be explained by science –the discipline that has no ethics of its own and is factual enough to have any feeling or subjectivity as such  -in terms of genetic makeup and evolutionary pressure coupled with chance mutations. It will speak of electrochemical brain processes or of biochemical brain reactions of neurons triggering impulses and so on.
Science explains depression, stress, excitement, euphoria, passion etc in terms of the functioning of neurotransmitters (i.e. chemical messengers used by the nervous system)  like serotonin and dopamine. Our rudimentary emotions like love, prejudice, hatred, etc. may be explained by modern science in terms of algorithms. To be precise, science in our times indeed has become advanced and capable enough to make a live dissection of the complex phenomenon we call human body and mind including its subjective side.
Walking slightly backwards in the timeline reveals that though agnosticism as a school of thought had very much been there in the medieval ages, the God was formally announced dead in the halcyon days of the rise of liberalism and Marxism. Putting individual will, free market, forces of production, flow of capital etc. right at the helm of the affairs forced the lineaments of God to become dimmer and dimmer. Ever advancing science in the meanwhile did change the ethics, virtues and the definitions of right and wrong. All this put together resulted in the crumbling of long standing faith; even the individual will, collective experience (as Marxists would put it) and also the subjective side of human beings started becoming irrelevant. Each of these with its gradual demise hollowed the surface underneath the feet of the long cherished and undisputable concept of God –till it collapsed into the oblivion.
But isn’t it equally true that the disappearance of God and the advent of the hardcore rationalism have drained the human life of much of its sappy charms. If someone insists that the splash of colours in the horizon, as the sun sets, must be seen in terms of reflection and refraction alone and the fairy rings in the mushroom season must be understood as mycelia –I for the one feel a sense of loss. I know it well that the far off twinkling lights in the uninhabited mountains are the florescence of phosphorous from the bones of dead cattle and animals scattered all over, yet it thrills me when recalling my childhood fear I mull over the possibility of their being the votive lamps glimmering in a sporadic manner. Why Should I remain confined to factual reality alone, depriving myself of the charms of wild fancy I enjoy so much at times?
Our ability to invent myths, bridging the gap between the ignorance and knowledge with colourful imagination and so on has been a unique gift of nature to us. The existence of God may be the creation of our fertile imagination but is there a denial to the fact that the existence of God, call it a supposed one if you so will, has always been instrumental in making life easy if not better. Being God fearing undoubtedly conditions our conduct in a positive manner and for the inexplicable issues, of which there has never been a dearth in human life, you always have an ambivalent whipping-boy whom you may worship, love, chastise, curse, demonise or deify as per your convenience… Isn’t it always better to create a God even if there is none?