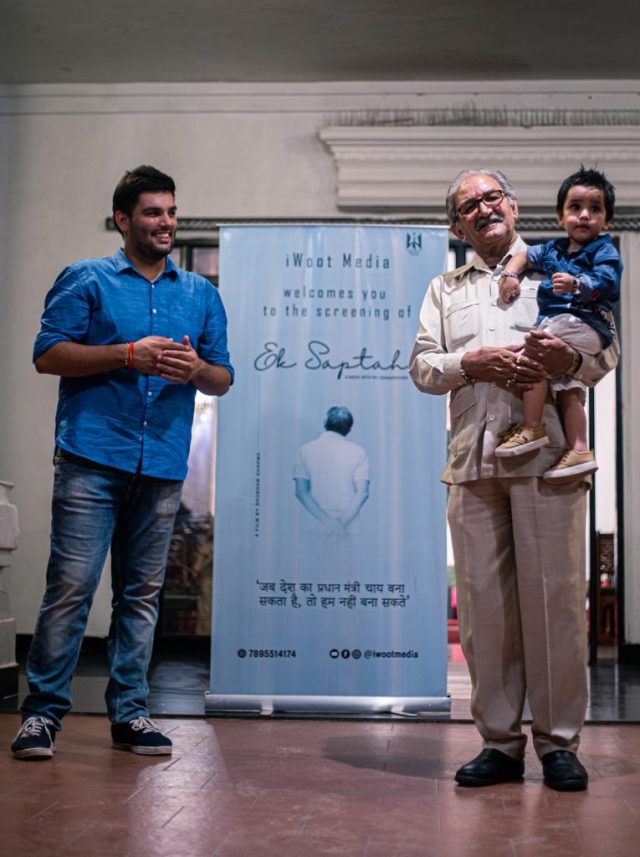 DEHRADUN, 2 Sep: iWOOT MEDIA, in continuation of its efforts to create films that have a profound impact on society, organised the first screening of ‘Ek Saptah- A week with my Grandfather’ at the Tussat Art Gallery. The screening, organised on the evening of the 1 September, saw a large number of people gather to watch the film. The film, directed by Shubham Sharma, was a small effort on the part of the director to reignite the fire of love and trust in the hearts of today’s youngsters towards their elders and, in particular, the grandparents. The film focussed on the director’s attempt to record the activities of his own Grandfather when he spent an entire week with him. The screening was attended by around 80 to 90 people with most of them appreciating the film. While some had tears in their eyes, some were delighted and surprisingly pleased at the prospect of such beautiful visual content coming out of Dehradun. Most of them spoke about memories with their grandparents and how the film had taken them to those times. The film brought a smile and glow on the faces of many elders present at the screening. The Director explained to the audience how he came to conceptualise the film, which he had to make as a graduation film for his college. He explained the entire process from the ideation to the execution of the film, which took months to finally come out in the way it had. Everyone wished the director and his team good luck for their future endeavours.