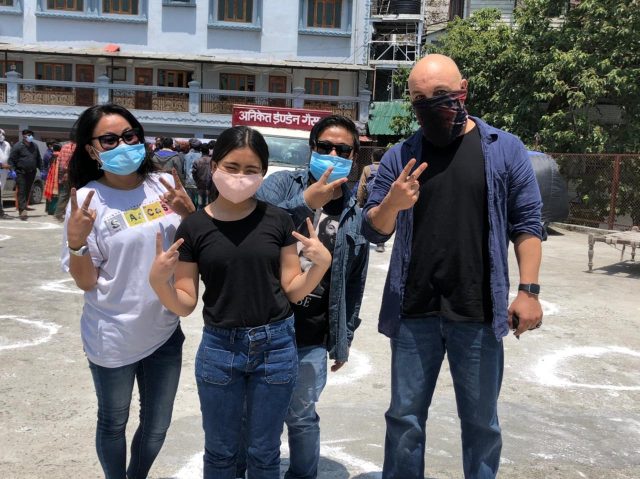 Making her Music Count
By Our Staff Reporter
Mussoorie, 31 May: What could be better if music can be used to fill hungry stomachs? This is exactly what Shekinah Mukhiya, the popular 15-year-old singer who was the finalist of “Voice India Kids” and “Superstar Singer”, is doing through her voice. Dehradun’s very own Shekinah and a group of volunteers have raised funds by performing live on social media platforms such as Facebook and YouTube. The donations have been used to distribute one-month’s ration to 100-odd families in Mussoorie who have been badly hit by the Covid-19 pandemic. These families belong to Mussoorie’s tourism sector as well as labourers, one of the worst-hit segment that has lost its employment due to the ongoing pandemic. 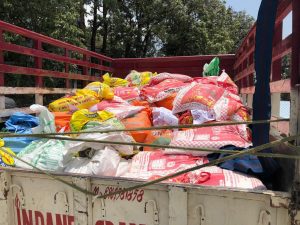 Shekinah, along with her father Vikas Mukhiya, singer-actor Reza Khan and 12-year old budding singer Aarna Sharma, performed live for a week and requested the audience to donate money for procuring ration. Shekinah also collaborated with students of Hopetown Girls’ School and they organized a charity concert to raise money. Kriti Bhargava, Radhika Garg, Tanvi Dhingra, Sheetal Aery, Simran Singh, Divyani Kaushik and Ramya Puri of Hopetown Girls’ School were successful in raising funds to sponsor 47 bags of rations that include flour, rice, cooking oil, spices, tea, sugar, pulses. Each bag is enough to sustain a small family for a month.
Shekinah’s alma mater, Col. Brown’s School, also came forward to support this noble gesture and donated 25 bags. These, along with the money raised by the week-long live singing, helped in making 105 bags, which were distributed to the needy families on 31st May, 2021. The Indian Christian Council (ICC) also came forward to support the cause and collaborated with Shekinah. Supporting the group in Mussoorie were social workers Smriti Sarin Hari and Vijendra Bhandari.
Heartened by the success of their initiative, the group now plans to raise donations that would cover 500 families in the villages of Uttarakhand. Music can make meaning and with samaritans like Shekinah and her group, this means several needy won’t go to bed hungry. Now this is a tune we love singing to!