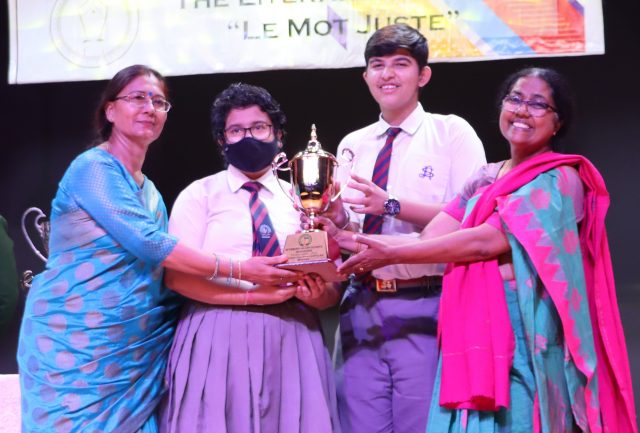 The overall trophy for the literary festival was awarded to St Joseph’s Academy, Dehradun. Wynberg-Allen School, being the host school, did not compete for the positions and prizes.