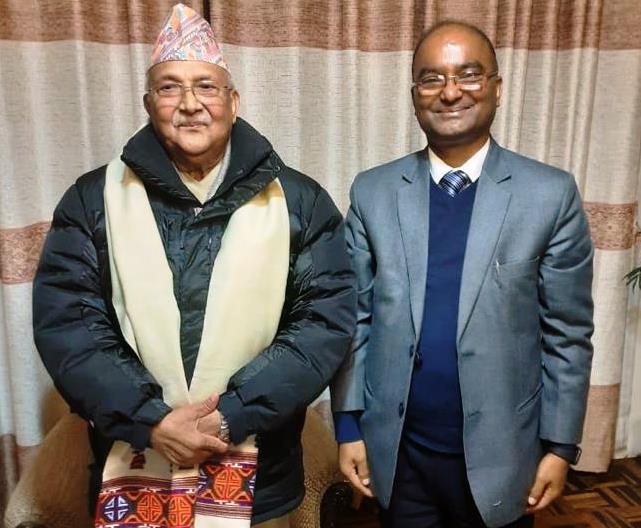 By Our Staff Reporter
DEHRADUN 30th January, 2021:Nand Lal Sharma, Chairman & Managing Director SJVN informed that Government of Nepal has allotted 679 MW Lower Arun Hydro Electric Project in Nepal to SJVN through competitive bidding. The Investment Board of Nepal in its meeting on 29.01.2021, chaired by the Prime Minister of Nepal,                      K.P. Sharma Oli has awarded the Project to SJVN.
Sharma met the Prime Minister of Nepal,  K.P. Sharma Oli, in Kathmandu. He expressed his deepest gratitude to the  Prime Minister for awarding the Lower Arun Hydro Electric Project to SJVN and assured him that the project will be completed in a time bound manner.
l Sharma informed further that SJVN has obtained the Project through International Competitive Bidding, after competing with various international companies including from China.
The Lower Arun Hydro Electric Project is located in Sankhuwasabha and Bhojpur Districts of Nepal. On completion 679 MW Lower Arun Hydro Electric Project will generate 3561 million units of electricity per annum.
Sharma further stated that the Projects being developed by SJVN in Nepal would result in overall development and boost mutual economic growth in India & Nepal. He said that the Infrastructural Development related to project activities would ensure overall socio-economic development of the  region. SJVN is already constructing 900 MW Arun 3 HEP in Nepal and 217km 400 kV associated transmission system. With addition of Lower Arun Hydro Electric Project to its kitty, SJVN portfolio now stands at 8960.5 MW
SJVN’s present installed capacity is 2016.51 MW and aims to be 5000 MW company by 2023, 12000 MW Company by 2030 and 25000 MW Company by 2040. SJVN has presence in various sectors of energy generation which includes Hydro, Wind, Solar & Thermal. The company also has presence in the field of Energy Transmission.