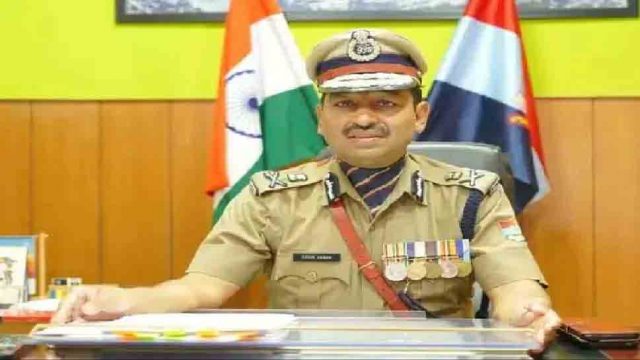 By Arun Pratap Singh
Dehradun, 30 Nov: Soon after taking over as the new DGP. Uttarakhand, Ashok Kumar interacted with the media persons. Listing his priorities, he informed them that a circular had been issued by him addressed to all police personnel from Uttarakhand. Ashok Kumar said he had asked the state police to work in a people friendly manner and with the cooperation of the people. He said that smart and efficient policing would be his top priority. All efforts would be made to raise the efficiency of the state police force. He also claimed that creating a victim-centric police force would be his endeavour. It would the target of the Police that the victims are provided immediate relief and justice. Steps would be taken to ensure there was fear of the police among the criminals, and confidence and trust of the Police among the general public. He said that orders had been issued to all police stations that all the public complaints received at the police stations and the chowkies be disposed of in time. He claimed that policemen would be punished for not registering a complaint received by the police.
The new DGP further claimed that steps would be taken to move towards smart policing and that the public delivery system would be further strengthened and new facilities would be added for the convenience of the public by making the Citizens’ Portal better. He added that action would be taken in relation to online post-mortem traffic insurance soon.
Ashok Kumar admitted that the land mafia had been active in Uttarakhand but claimed that action would be taken against them under the Gangster Act. It would be the duty of the state police to provide justice to the common person and to ensure that he or she did not become a victim of deception while buying land. He also said that a new cyber station in Kumaon area would soon be opened, where the public would be able to register complaints related to banking frauds, frauds related to online shopping and fraudulent monetary transactions and well as regarding social media issues. He further stated that to solve the problems of police personnel, a Police Public Solution Committee would soon be constituted at the headquarters level and a WhatsApp number would also be issued.

Garhwal Post has established itself as a credible, balanced and forward looking newspaper in India. Based in Uttarakhand, the daily is read by the aware, socially and culturally responsible, high-income elite of society.
Contact us: info@garhwalpost.in
earliest easter date