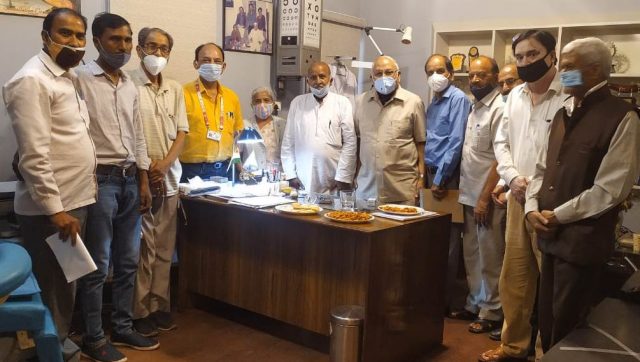 Dehradun, 6 Jul: At an informal meeting held under the aegis of Sanyukta Nagrik Sangathan on 5 July, in which a large number of heads of different organisations participated and expressed their views. Sushil Tyagi explained the purpose of the meeting.

Dinesh Bhandari explained the land reforms prevalent in Himachal Pradesh, which restricted ‘outsiders’ from purchasing land beyond certain limits. Pradeep Kukreti also endorsed the views stating that the land mafia was trying to take over. Advocate BK Nautiyal gave his opinion on the prevalent laws the changes it involved.

PD Gupta of Pensioners’ Association wanted that immediate action be taken on this issue.

Sushila Baluni, ex-Chairperson of Uttarakhand Mahila Aayog wanted that not only land but other issues also be taken up. Brig KG Behl (Retd), President, AICC and SNS, lamented that all the issues for which Uttarakhand was created were being ignored. These were causing a lot of anxiety in the people.