In a small town like ours, the surest ways of tracing your ancestry is to offer yourself as a candidate in the local elections. Not cut out for politics, I have hung out, all the days of my life, with the writer-types and in turn, it has pushed me perilously close to turning into a history buff. My mailbox overflows with my literary efforts returning home accompanied by rejection slips. They tell me my work is promising, but I know they usually sink without a ripple!

Remaining a sucker for history, I do, on the odd occasion, gasp at the attention a piece receives: such as it is on writing about the colourful life of Mr. Robert, credited with bringing the first cabaret-artists here. It kicked off a storm in a tea cup, with senior journalist, Raj Kanwar, a dear man, appears peeved enough saying: ‘Great that these Roberts and Johnnies keep you busy!’ How I wish I could tell him that staying busy is not the problem; staying out of trouble plagues me.

The phone rings with author Hugh Gantzer saying: ‘A few corrections … Penny Robert’s name was Penn Antony not Penn Anthony and she was not Mr. McGowan niece, she was his sister-in-law.’ I stand corrected. 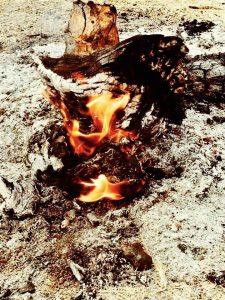 As correct as the late Patrick Corbett, an old Oak Grove boy, who returned from Australia, accessed school reports going back a hundred years in the Principal Dairies. He told me: ‘You should see McGowan’s handwriting – exquisite calligraphy!’

Take Jayanta Sarkar, my schoolmate, who spent a childhood in Landour Cantonment, when his father worked at the Defence Institute of Work Study, wrote: ‘Romancing in Jharipani to tales of loneliness and survival in Mussoorie.. the tumultuous life of Penny Robert would make interesting reading.’

Or Chottu Sen, living in Mumbai, who wonders when we got a Moulin Rouge in Mussoorie?
‘Not yet! Not yet’ I tell him. ‘Who knows when another shack might come up?’
Moulin Rouge haunts me again, when Alan Clemence, living in the UK, likes Moni Ghai’s dalliance with champagne at a dinner hosted there by Robert’s, sixty years ago. ‘Mum’s the word! Ganesh …. I opened a champagne bar in Manchester in 2010 and Mum’s were our chosen sponsor. Great drink!’

‘J. K. Roberts was my father’s friend,’ Pramode Sawhney, living in retirement in Albany Cottage above Picture Palace, remembers. ‘I have heard many a colourful story about him. Sardar Gurbachan Singh, then Manager of the Savoy, would pull my father’s leg, claiming that Penny Robert’s had poured the first brandy my father (who was a teetotaler) had drunk at the bar in Hakman’s.

‘After his Hakman’s stint Robert took over as the first General Manager of the Claridge’s Hotel in Delhi, he continued to patronize the Art Press. I still remember the distinctive style of their letterheads – red and gold.’
Sadly those were not the colours his widow found on her return to Mussoorie searching for peace and solace. It was the only home she knew. Penny, despite her name, had arrived penniless to await the arrival of Robert’s war-reparations.

‘She lived a long time with her dogs in this house, courtesy Kumud’s uncle, the late Padam.’ Deepak Vaidya, living in Happy Gardens (once ‘Hops Garden’ for the Crown Brewery in Barlowganj) says: ‘How much it stank! Folks stayed as far away from it as they could, but it still stank! At any time there was twenty odd dogs staying here. Of course Penny was broke with nowhere to go.’

Following the pension came the hill stations’ Lotharios and with friends like those, she needed no enemies. Moving from one house to another, the last chapter found her turned recluse, in solitary confinement in a ramshackle cottage, shaded by giant deodar trees which rarely saw a brush of sunshine. Her sole contact was the butcher, he would leave food for the dogs on the doorstep and collect the cheque pinned on the door.
On her passing away, she was swept aside like detritus, to be buried a pauper without a headstone in the Hindustani cemetery.
Some songs do not have a happy ending.