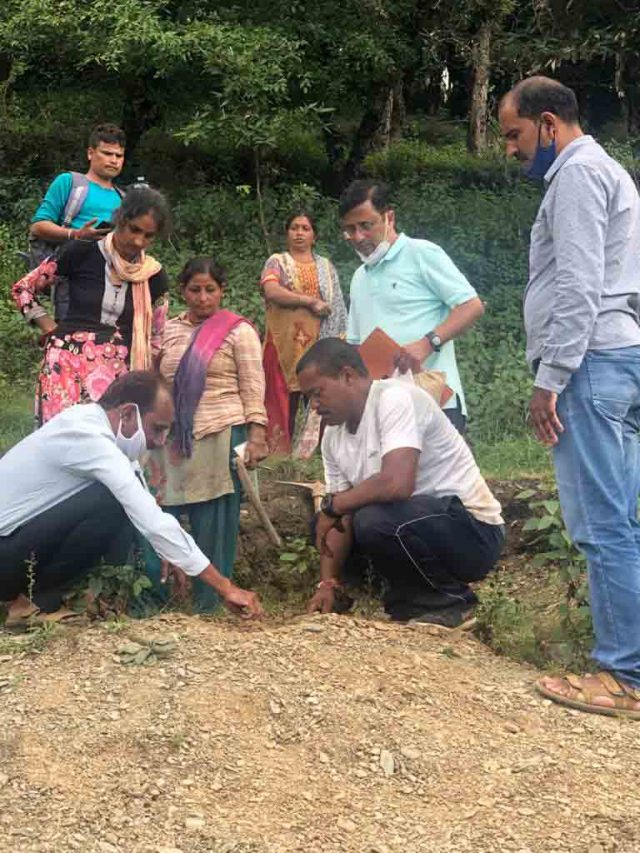 By OUR STAFF REPORTER
Dehradun, 15 Sep: On Saturday, during his visit to Pauri district, Chief Minister Trivendra Singh Rawat had discussed planting of Quinoa, describing it as a power packed grain which could become a strong source of income for farmers of the hills.
Promotion of the Quinoa in Uttarakhand is jointly being done by Organic Greenery System from Gujarat and HIFEED, an Uttarakhand based NGO. The organisation is also providing seeds to the farmers. The work has been started as a pilot project in the district on the directions of Pauri DM Dhiraj Singh Gabryal. Quinoa is considered a super food and its demand has increased significantly in Indian markets. The attraction for farmers is that while very little water is required for its cultivation, it is also not threatened by wild animals or birds, therefore, in the current condition, farming of Quinoa can be easily made a major source of income, the cultivation period is approximately 90 to 100 days and two crops in a year can be cultivated.
The group started first sowing at the Chief Minister’s native village, Khairasain. Along with Khairasain, it is also being sown in Rasoli and Uchekot in Ekeshwar block and Gadoli (Pauri). The institution has talked to several village heads for mass cultivation. HIFEED Director Udit Ghildyal said that, in Khairasain, the CM’s brother, Brijmohan Rawat, took the initiative of sowing Quiona, since there are crops in most of the fields at the moment, these fields will also be prepared for Quiona once the present crops are harvested. The organisation is also contracting with farmers for the purchase (buy back agreement) of Quiona so that later the farmers do not have to face any problems. According to the organisation, the first lot will be purchased from the farmers at a minimum price of Rs 35 per kg. Quiona is known by the name of super grain in the world, has excellent protein and fiber-rich food and is gluten free. The demand for Quinoa is increasing by the day across all the age groups around the world.