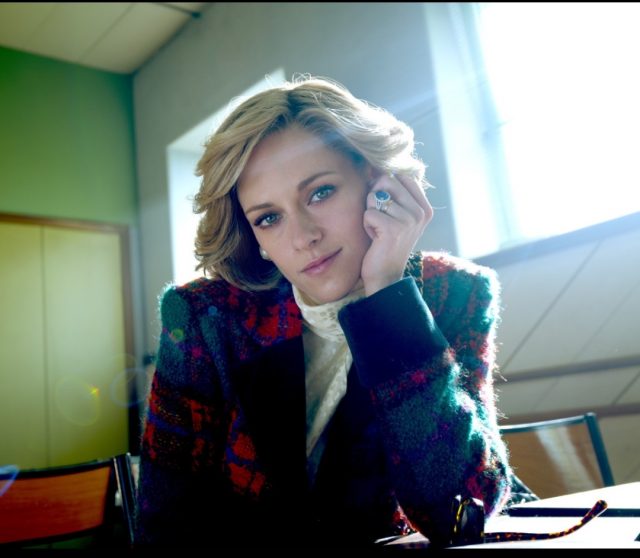 By HARISH SHARMA
New Delhi, 17 Nov: Impact Films has announced the theatrical release of the highly rated English language film, titled ‘Spencer’, by Pablo Larrain, across the nation on 19 November. It features Kristen Stewart in the lead role of Princess Diana and Jack Farthing as Prince Charles, supported by Sally Hawkins and Timothy Spall.
Spencer concentrates on three turbulent days in the life of Diana during the Christmas of 1991, when Diana and her family are staying at Sandringham, a well known royal tradition. Over Christmas Eve, Christmas Day and Boxing Day, Diana realises that her marriage is breaking down and doesn’t want to be the future queen. The biopic gives the audience a glimpse into the character of Princess Diana whizzing through many official engagements she attended, a frosty dynamic with the royal family, and plenty of emotional scenes exploring the late Princess’s vulnerability and how she struggled to fit in.
The film debuted at the Venice Film Festival. It then screened at several renowned film festivals like Toronto, Telluride, New York, etc., before getting released in the United States and the United Kingdom on 5 November. It has already emerged as the frontrunner in the upcoming Academy Awards for the Best Actress for Kristen Stewart. It is likely to land nominations in some other categories as well. On playing Diana, Kristen Stewart says, “At that moment, we’re not trying to depict what happened in there, but it is, maybe, an idea of what happened inside of her.”
Chilean Director Pablo Larrain has created several flicks with strong female characters and is known for the Oscar-nominated film, ‘Jackie’. Pablo, who has been fascinated and had been thinking about making a film on this subject for a while, believes, “Everything our Diana sees is a reflection of her memories, her fears and desires and maybe even her illusions.”
The biopic excels in every filmmaking department, including script by Steven Knight, Cinematography by world famous Claire Mathon, costume designer Jacqueline Durran, composer Jonny Greenwood, makeup & hair design by Wakana Yoshihara and Production Design by Guy Hendrix Dyas. The film was shot entirely in Germany & the UK.
Spencer is being brought to Indian Screens through Distribution and Production House Impact Films, a leading Distributor of Independent Award Winning World Cinema titles in India. According to its founder, Ashwani Sharma, “Lady Diana has been so popular in India for decades that Spencer is an obvious choice not only for fifty-year-olds but also a perfect vehicle for Millenials & Generation Z to know about this piece of history.”