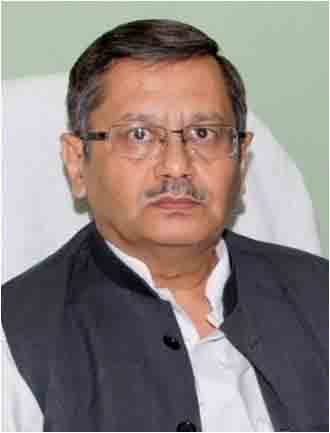 By OUR STAFF REPORTER
Doiwala, 5 Nov: Swami Ram Himalayan University (SRHU) scientists Dr Prakash Keshaviah and Dr CS Nautiyal have been included in the top two percent scientists of the world. The ranking was released by Stanford University of California, after analysing the data of the world’s top scientists. The Vice Chancellor of SRHU, Dr Vijay Dhasmana, congratulated them and said it was a huge achievement for the university. SRHU students would seek benefit from their teachings. 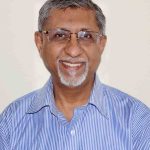 The data base of scientists from 22 research fields was analysed by Stanford University. It involved over one lakh scientists from all over the world. Dr Prakash Keshaviah of SRHU made his place in the field of Urology and Nephrology. In Microbiology, Dr CS Nautiyal was included among the top two percent.
The criteria for ranking included research papers, quality of publications, Journal Impact (publication in renowned journal), and citations.
Dr Prakash Keshaviah, after doing BTech in Mechanical Engineering from IIT Madras, did his Master’s in Mechanical Engineering from University of Minnesota, USA. He then did his PhD in the field of Biomedical Research. He did his MS in Physiology from the University of Minnesota. After 15 years of academic research, Dr Prakash Keshaviah became the Vice President of Backster Healthcare Company based in Chicago. He has published 130 papers and got nine patents in his name. Dr Keshaviah has been awarded several international prestigious awards including National Merit Scholarship, and IIT Madras Merit Scholarship by the Government of India. He is a follower of HIHT founder Dr Swami Rama and has contributed significantly to setting up a dialysis unit at the Himalayan Hospital, Jolly Grant. He currently serves as a member of the SRHU Board of Administrators and Finance Advisor. In addition, he is mentoring medical post graduates in the field of Academics and Research.
Dr CS Nautiyal received the honor in the field of Microbiology.
Serving as Scientific Advisor in SRHU, Dr CS Nautiyal did his MSc in Botany in 1977. After this, he did his PhD in the field of Microbiology. Dr Nautiyal was also the Vice Chancellor of Doon University. He was also a production manager at an American Biotech Company in the US. Dr Nautiyal is also a recipient of National Awards in the field of Research and Development. He has published 123 research papers and more than 40 patents are registered in his name
It is planned to strengthen R&D work at SRHU, which is expected to lead in the generation of patents, publications and technologies in the next 2-5 years. About 15 projects have been identified involving faculty of the medical, yoga, engineering, RDI, Ayurveda, and biological sciences. Project outcomes will be useful for enhancing quality of life of cancer patients, wearable health devices, effect of yoga on neuroplasticity of brain and health-related quality of life in chronic diseases, prevention of cardiovascular and type 2 diabetes, Ayurvedic herbs for management of stress, arthritis, and cancer, removing drudgery of women, watershed development programme to ensure conservation and regeneration of natural resources. Work will also be initiated on scientific validation of interrelationship among body, breath, mind, and soul. SRHU will evaluate the physiological, biochemical, hematological, psychological, and neuro-imaging effects of breathing, specific types of yoga, and yoga nidra to monitor, maneuver, and maintain holistic health. The proposed work will lead to the generation of good quality publications in an area of “Scientific validation of yoga” thereby earning an International reputation for SRHU in this domain.