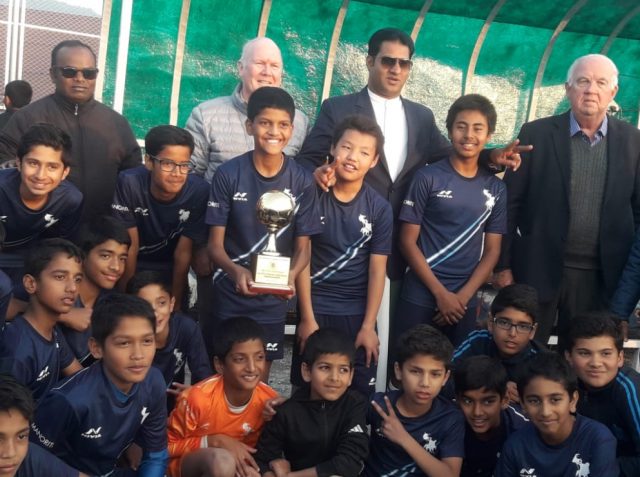 Dehradun, 15 Nov: On the occasion of Children’s Day, St George’s College conducted an Under-12 football tournament in the memory of the former President of India, the late Dr APJ Abdul Kalam on 14 and 15 November. This was the fourth edition of the tournament. A total of 8 teams participated in the tournament from Dehradun and Mussoorie.

For St George’s College (A) the goals were scored by Raj Singh in the 10th and the 46th minutes, and Aryan Singh in the 27th minute. For Army Public School, the only goal was scored by Akash in the 40th minute.

The Player of the Tournament Award was presented to ADITYA SAJWAN of St George’s College (A) team.