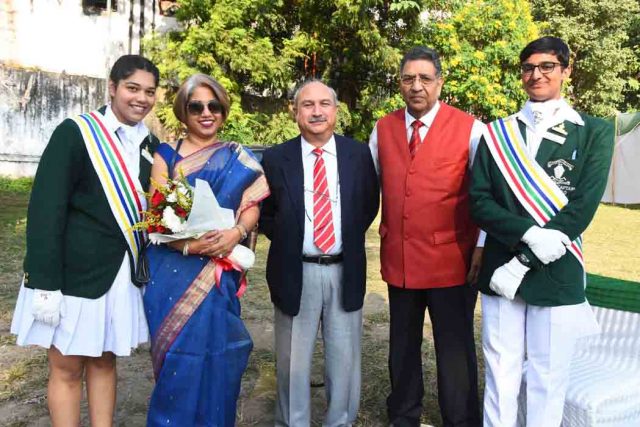 Dehradun, 18 Oct: The St Thomas’ College 103rd Annual Sports Meet held today with great zeal and excitement. The programme began with the ceremonial opening March Past by all the four houses led by their House Banners on the Rangers’ Ground.
The students of various classes and sections participated.
Students of classes III-IX displayed various drills, which communicated the message to stay fit and healthy.
The track events stole the show as the young athletes gave the best they could offer. The test of strength and endurance, the tug-of-war, was the icing on the cake. The closing march past revealed the final positions of various houses.
The Chief Guest on the occasion was MLA GIG Mann, who congratulated the children for putting up a brilliant show and spoke on the importance of being fit through various exercises.
Principal R.V. Gardner concluded the event with the vote of thanks.
The much-coveted Championship Trophy and the Athletics Trophy were won by Cole House.
The Individual Championships were won by: Anil Kumar, Cole House; Darish Malik, Cole House; Suryaveer, Degruyther House; Bhavya Bisht, Cole House. Among the girls, the champions were Komal Bhutani, Fraser House; Anshika House, Fraser House; Astha Thapliyal, Burn House; Asmita Gurung, Cole House. The Marchpast Trophy was won by Degruyther House (Boys) and Burn House (Girls).