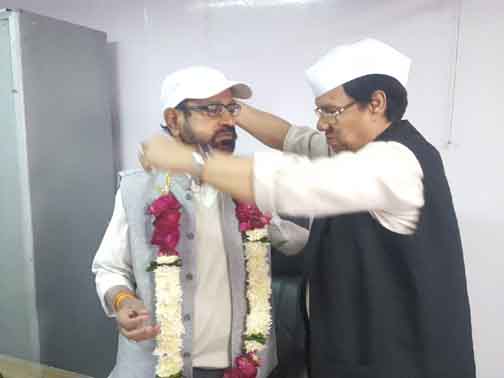 Dhirendra Pratap, who presented the report to Singh, said the Congress incharge was happy with the results of the Party in the elections and expressed the hope that the party would fare better in the next Parliamentary elections.

He expressed unhappiness with the reactions of the some party leaders that appeared in the press on the outcome of the municipal elections and said that the High Command was taking note of these erring party leaders and stringent action would be taken against those crossing the party line.

Dhirendra Pratap recalled that the party had won seven District Headquarters’ municipal elections, besides several other municipalities, after the vertical division in the party about two years ago in the state.

Garhwal Post has established itself as a credible, balanced and forward looking newspaper in India. Based in Uttarakhand, the daily is read by the aware, socially and culturally responsible, high-income elite of society.
Contact us: info@garhwalpost.in
wechat dating app new dating sites arkansas hookup