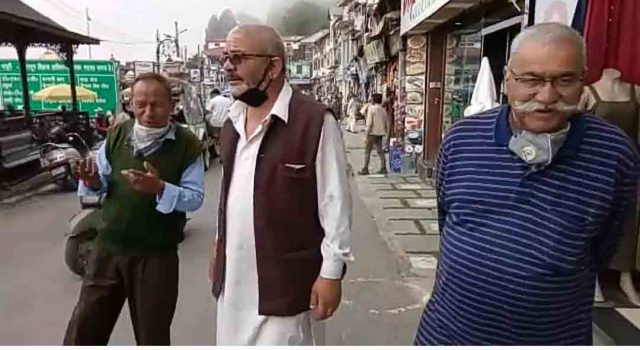 By OUR STAFF REPORTER
MUSSOORIE, 4 Sep: Former Congress MLA Jot Singh Gunsola and Uttarakhand Congress State General Secretary Manmohan Singh Mall said, today, that the Trivendra Singh Rawat government in the state had totally failed.
Gunsola said that BJP MLAs and the state government did nothing over the last three and a half years for the state and the general public. Now that the public had started to question what the government and MLAs had done during this period, they did not have the answers. BJP MLAs were themselves admitting the state government had been unable to work. He added that a wave of change had started against the BJP government.
Manmohan Singh Mall said there was a lot of difference between the BJP’s actions and statements. Chief Minister Rawat could not do anything in the name of development. The MLAs of the state were annoyed with Chief Minister Trivendra Singh Rawat and were demanding he be replaced. Many MLAs had also lodged their complaints with senior leaders in this regard. He added that migrants had returned to their homes in Uttarakhand, but no concrete steps had been taken to provide them employment.