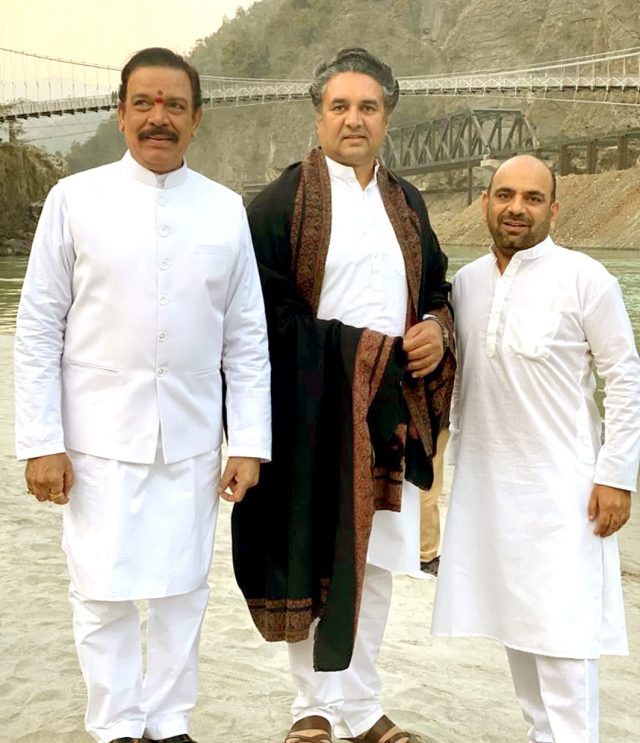 Dehradun, 28 Feb: Doon based prominent journalist Satish Sharma has been roped in to play an important part in Karan Razdan’s ‘Hindutva’. Satish will play the role of lead actress Sonarika Bhadoria’s father in the film. The cast comprises Dipika Chikhalia, Anup Jalota, Ashish Sharma, Sonarika Bhadoria, Ankit Raaj, Surmeet Basra, Mohd Reza, amongst others. The maiden feature film of Karan Razdan’s Kreatives production house is being produced by Natarajan Balasubramaniam, Mukesh Gaba, Sharon Nadan and Karan Razdan. It has been written and will be directed by Karan Razdan. The music is composed by Ravi Shankar and the lyrics are written by Shweta Raj. 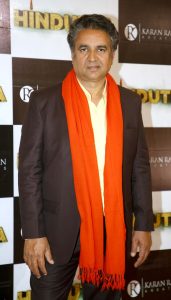 Satish, who has been part of many big Bollywood films like Sultan, PM Narendra Modi, Maazi, Viraam, Genius, etc., said, “I am elated that the film is being shot in my state, Uttarakhand. Our state is the abode of the Gods and the film also conveys the message of the human spirit, love and friendship. During the pandemic, it is important that films start doing business and, when things improve, people start watching films in theatres. The theatre film-watching experience is unmatched.”
Satish Sharma has landed interesting roles in his films, earlier, too. While helping a friend, writer-director Nitin Shingal, to scout locations in Mussoorie he was offered a role in director Jaideep Chopra’s 2013 thriller Maazii, which starred Sumit Nijhawan and Mona Wasu. He followed that by playing the chief minister in GOL – Gangs of Little, a Vaibhav Vikaas-directed film which starred Roshni Walia. Then director Manoj Sati offered him a role in Pampapur Ki Ramlila, which features Gulshan Grover and Rajpal Yadav and was partly shot in Uttarakhand.
His future projects include films like Bole Chudiyan, Firkee, Vissh the Poison, Amangal and a crime-based web series. He said, “I am happy that after coming from a writing and publishing background, I was able to also act and pursue my passion in films. Karan Razdan is a highly talented writer and director and it is a privilege to work with him.”