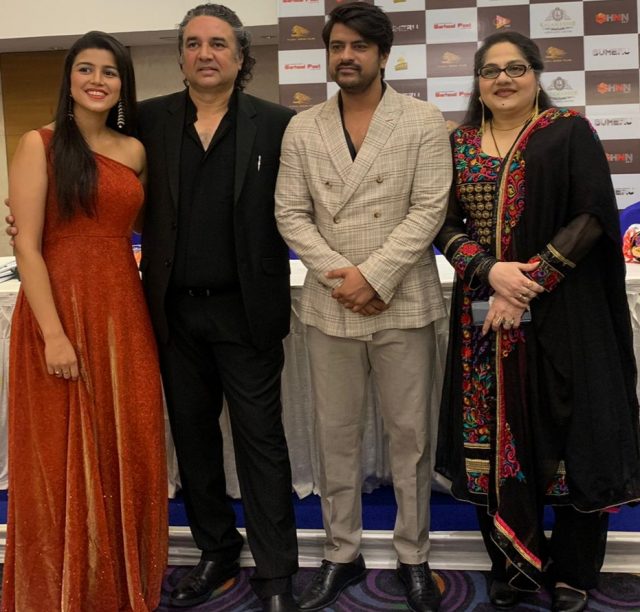 Surat (Gujarat), 15 Sep: The film ‘Sumeru’ promises to be a visual delight, with the Location, Story and Music merging to create a mesmerising therapeutic impact. The teaser of Sumeru was launched in Surat on 13 September in the presence of its sole brand partner, Milan Shah, owner of Kalamandir Jewellers.
The film is a creative and technical initiative born out of the soil of Uttarakhand. 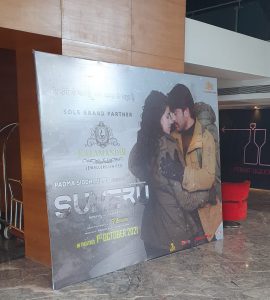 Ninety percent of the film has been shot in the beautiful locations of Uttarakhand, right in the middle of falling snow. And, today, this handshake with Surat and Kalamandir Jewellers is a good example of national integration, proving a good point that cinema brings people together. 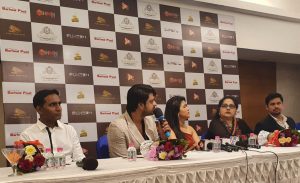 Another aspect that is special about the film is the unique integration of story, location and music. These three aspects have combined beautifully to create a delightful product out to win your hearts.
Avinash Dhyani, with this film, is out to prove without doubt that he is ‘King of Multimedia’. He is producer, director, writer, actor and technical expert, all rolled into one, which is a unique feat in Bollywood.
He has created a technically skilled team of experts and specialists by giving hands on in-house training. All his future projects are bound to benefit from this.
He has shown how an adverse situation like Covid can be turned into an opportunity.
Sanskriti Bhatt, the lead actress of the film, is a perfect example of beauty with brains. She is blessed with attractive features and figure and has more to her than just her external appearance. She made an informed choice of discontinuing a medical career and opted for a career after her heart. She has been Miss Uttarakhand 2018.
She works hands-on at the sets in various departments. In other words, she is rewriting the rules that normally govern the life of an actress.
Ravindra Bhatt, who is one of the producers apart from Dhyani, left no stone unturned to ensure that the film faces no hurdles. The landscape where the team was working was not only difficult but also dangerous. Bhatt remained undeterred and provided all logistical support that kept the spirits high.
The cast of the film, Shagufta Ali, Satish Sharma, Prashil Rawat, Bhumesh Bharti, Rajesh Joshi, Suruchi Saklani, Dhananjay Dhyani, DOP Harish Negi, Aarti Shah, Alok Panwar, Jeet Maila Gurung, were present in Surat during the media interaction.
The teaser of the film is already touching the one million mark and making waves.

Garhwal Post has established itself as a credible, balanced and forward looking newspaper in India. Based in Uttarakhand, the daily is read by the aware, socially and culturally responsible, high-income elite of society.
Contact us: info@garhwalpost.in
dating meme dating agencies in manchester building a dating app