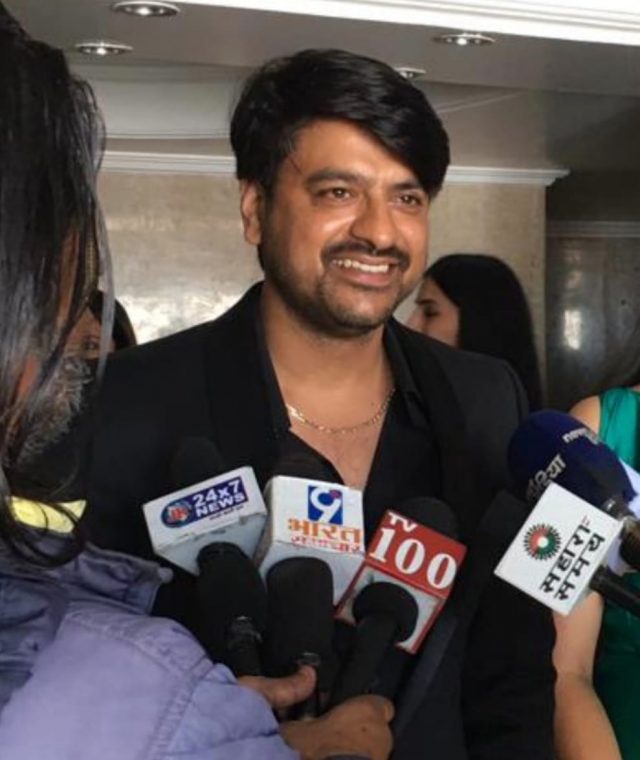 By Sunil Sonker
Mussoorie, 24 Sep: Dhruv Kumola of Mussoorie, who has stepped into Bollywood as a singer and given his voice to the song of the film ‘Sumeru’, was felicitated, here, today.
The artists of Uttarakhand have expressed happiness that he got the opportunity to sing for the film, ‘Sumeru’. Local artists organised a programme at a local hotel and presented bouquets and shawls to Dhruv Kumola. On the occasion of the song release, the film’s protagonist Avinash Dhyani and heroine Sanskriti Bhatt also reached Mussoorie and congratulated Dhruv on his singing. Sumeru encourages adventure tourism in Uttarakhand. 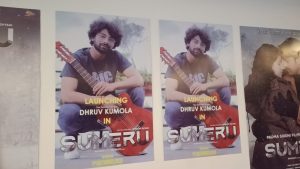 ‘Sumeru’, which promotes adventure tourism, is being released in cinemas across the country on 1 October. Although many Bollywood singers have sung songs in the film, debutant singer Dhruv Kumola, who started singing songs in schools in Mussoorie, also got a chance to sing. Singer Shaan has also praised his performance. The song ‘Hey Atrangi Satrangi Sapno Si Ujli Paheli Hai Tu’, picturised on the main protagonist of the film, is very melodious. It has been written by Vijay Bhatt and Rishiraj Bhatt composed the song. 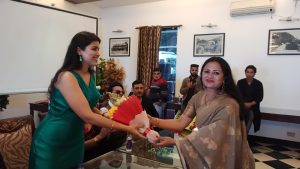