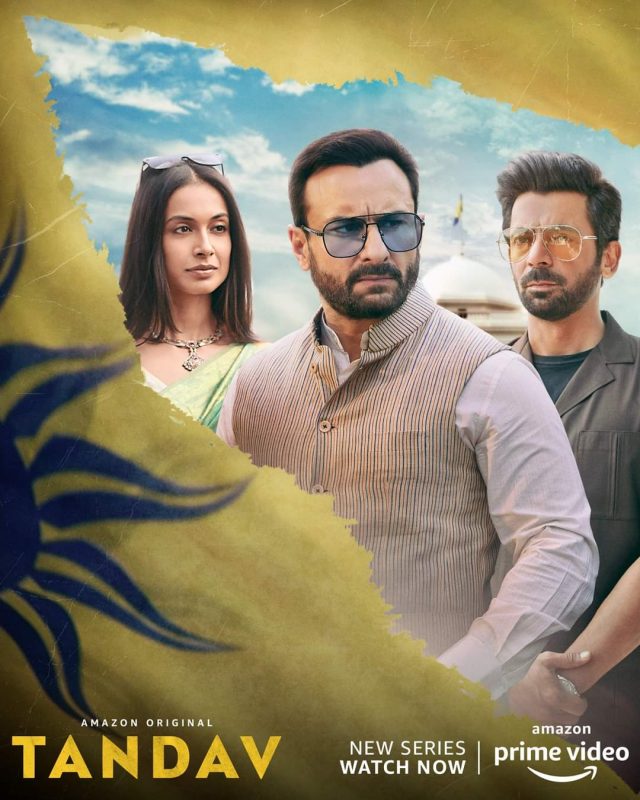 Ali Abbas Zafar’s ‘Tandav’ is set in the capital of the world’s largest democracy. It lets us peep into the chaotic mess behind the tall walls of the political arena and the sound that reverberates as a consequence. It’s an exciting blend of charged sentiments, the mayhem that looms in the life of politicians and the new-age sophisticated young entrants replacing the big wigs in the field. The series has detestable politics, unfailing strategies, violence and revenge, customised loyalty, overflowing cunning in many, against specks of good-willed intentions thriving in a few young hearts. The ugly faces behind the masked ones, behind-the-door malicious planning, the bulldog acts that have the might and right to secure one’s position and climb the ladder to reach the highest posts; it’s a zone where deceit is acceptable. 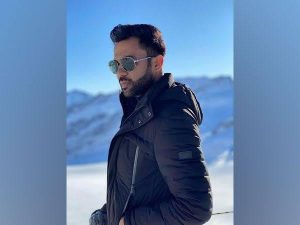 The present PM, Devki Nandan Singh (Tigmanshu Dhulia), is awaiting election results to be announced the next day. His party’s victory is ensured for the third consecutive time and so is his chair. He doesn’t realise that his ambitious son, Samar Pratap Singh’s prowling eyes are hooked on his seat. Samar (Saif Ali Khan) has subconsciously imbibed the shrewdness of his father. Devki is murdered as Samar confidently waits to wear the crown the next day being the most suitable descendent. Very soon, we realise that his father’s ‘other woman’, Anuradha Kishore (Dimple Kapadia), had been nurturing her own ambitions that may cross his path.

The tables turn on the deciding day to choose the PM and then the story rolls with conspiracies, murders, one outsmarting the other, dampening each other’s plans and a realisation that it is more powerful to be a king-maker than being the king oneself. A perfect storm is raised here and another one brews in the most prestigious Vivekananda National University. An agitation is headed by student activist, Shiva Shekhar (Zeeshan Ayyub), who spearheads a move against the events. Shiva is a dedicated and sensitive student. His angst and frustration springs amidst weird happenings on campus, most of them fueled by political parties under the garb of students’ agitations and inbuilt fights. Sana (Kritika Kamra), another college student, with her own set of messy issues and shady background, becomes part of an already entangled tale.

Tandav maintains a tight grip in terms of background score, dialogues, direction and acting through a superb star cast. The plot is intriguing but too many stories cross each other that bring in more actors who majorly remain unexplored. Few loose ends become visible after the fifth episode,  that slow down the pace. The overtly lavish lifestyle, the gorgeous handloom sarees worn by the fashionable star cast, the politicians who would give models a run for their life and good-looking people doing terrible things incessantly keeps the interest alive. The story renders the roles of Anuradha, Samar’s wife (Sarah Jane Dias), and a couple of others as mere scratches.

Saif’s sophistication and well-groomed demeanor is appealing. Most of his expressions are emitted through his eyes. His wife provides the required support through her svelte yet uncanny behaviour.

Dimple Kapadia, now of Hollywood fame, is truly a pleasure to watch. Her hairstyle, sarees, expression, acting – all bring out the quintessential seasoned politician in the role she plays.

Sandhya Mridul plays a strong woman and professor who gets consumed in the political inferno due to her links with a cabinet minister. Dino Morea, professor and husband of Sandhya, has a crucial yet fishy role. Gauahar Khan, the faithful henchwomen of Anuradha, oozes with sharpness and charm. Kumud Mishra is a senior party leader and a close aide of Devki, and displays his idiosyncrasies perfectly in the quirkiest way. Tigmanshu Dhulia emulates the role of a canny politician yet an insensitive father whose fatherly instincts fail to sniff the malicious intention of his son, a part played astutely by him.

One of the characters who shines in this muck is Gurpal, played by Sunil Grover, the right hand of Samar, a man who is said to be vegetarian but does everything non-vegetarian. He has no qualms in doing anything worse than heinous and that too with perfect execution. His conscience-cleaning act comprises hearing spiritual discourses and feeding his cat. Sunil enhances the depth of his role by his pitch perfect performance with unstirred expressions all throughout the running.

Tandav traverses through predictive zones with its cut-and-dried style of writing. The background score, the majestic Pataudi palace used as Samar’s abode, the flashy living, best liquor and wine, cunning men and women and their vicious acts, all highlight the contemporary storyline. Tandav has weaknesses but it is deliciously wicked just like a beautiful woman hiding her ugly intent under the garb of artful makeup and etiquette. It is worth savouring for all the iniquity the characters display, truly making Leszek Kołakowski’s words resonate – ‘In politics, being deceived is no excuse’.

It can be viewed on Amazon Prime Video.