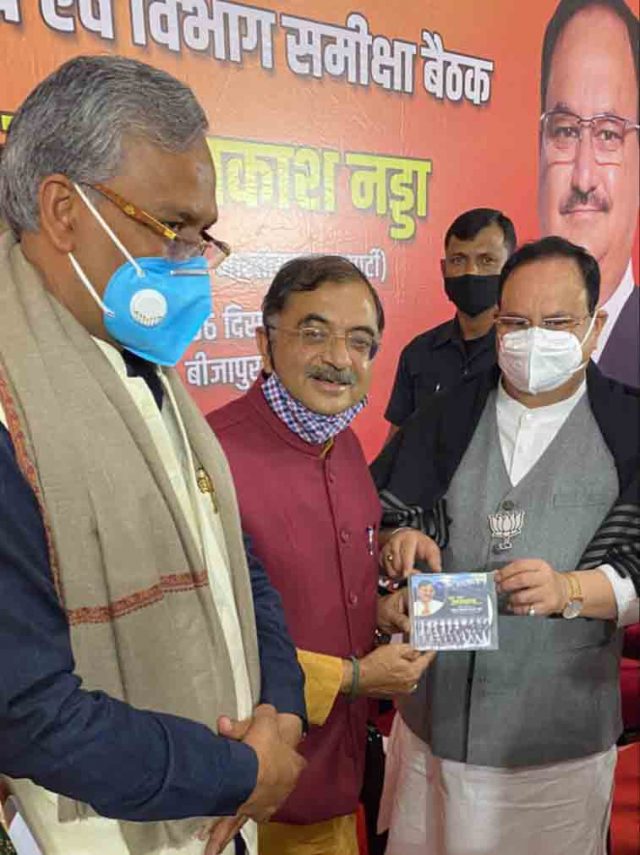 By Our Staff Reporter
Dehradun, 6 Dec: BJP National President JP Nadda was presented the ‘Uttarakhand Gaurav Geet’, ‘Jai Jai Uttarakhand’, by noted journalist and former MP Tarun Vijay (who is also the writer of the song), today, in the presence of Chief Minister Trivendra Singh Rawat.
Tarun Vijay said that it was a great honour to have his song released nationally by a scholar and mass leader like Nadda. The song has been sung by Aryan School, Dehradun, students, and its music has been provided by the national team of Doordarshan. The Ministry of I&B has accepted it for national and regional broadcast. The song is easy to learn and praises the state’s dharmic temperament and courage, as well as its scientific and military prowess.
Vijay said he was grateful to the national president for this honour and this song was a humble tribute to the greatness of the state. JP Nadda and Trivendra Singh Rawat appreciated the efforts of Tarun Vijay.