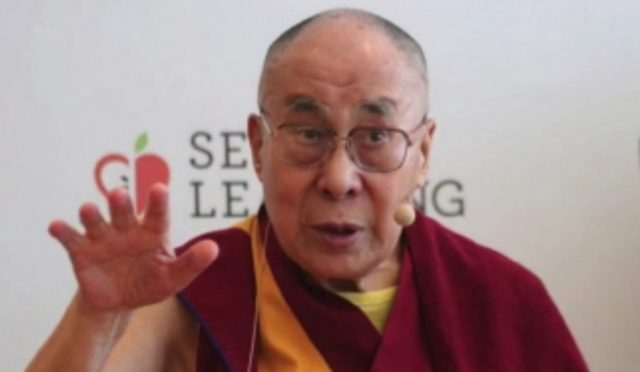 Dehradun, 20 Nov: Today was the first day of the fourth edition of Dehradun’s very own literature festival, Valley of Words, which for the first time is being hosted digitally from Hotel Savoy in Mussoorie in view of the Covid pandemic. The festival was inaugurated by Union Minister Dharmendra Pradhan. The plenary session began with chanting of Buddhist mantras by the monks of Mindrolling Monastery of Dehradun, which was followed by a message from the Dalai Lama which was read out by President of Central Tibet Administration, Dr Lobsang Sangey.
In his message to the organisers and the literature lovers attending the Valley of Words Literature & Arts Festival, the Dalai Lama insisted on integration of ancient knowledge with the teaching of modern knowledge in Indian schools. He also claimed that India was the Guru for the Tibetans, who had learnt not only the Buddhist scriptures from it but even languages such as Sanskrit. The Tibetans were the chelas (students). He also insisted that the relationship between the people of India, in particular, those of Uttarakhand, and the people of Tibet was very ancient and the Kailash Mansarovar and Mount Kailash was spiritually important and sacred for the Hindus, Buddhists and Jains, equally.
Sangey noted that there was a deep ancient connection between Tibet and Uttarakhand. He added that Tibet and Uttarakhand were geographically and historically well connected with each other. People of Tibet and Uttarakhand used to visit each other’s territories without any visa as the border was open between both the regions when Tibet was an independent territory. He added that Tibetans used to enter India from Uttarakhand and then go to Nalanda University to gain knowledge of Buddhism, Sanskrit and other Indian scriptures. He also reminded that Tibetan script and letters had a lot of similarity with the Devanagari script. He said that, although, the Tibetans were chelas of Guru India, they were wise chelas and had translated and preserved more than 300 books of Buddha’s teachings into Tibetan and, presently, they had the largest collection of Buddhist texts in the world. He added that China, after its occupation of Tibet, tried its best to destroy the ancient Tibetan knowledge, the language and its culture and destroyed books, too, but somehow Tibetans had managed to preserve their culture and traditions.
The honorary Curator of the festival, Dr Sanjeev Chopra thanked the Dalai Lama for his blessings to the festival and praised the humility of the spiritual guru.