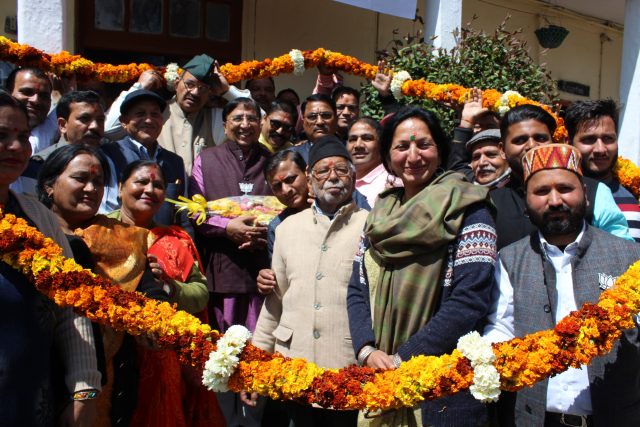 By OUR STAFF REPORTER
Mussoorie, 28 Mar: The election office of Tehri Lok Sabha BJP candidate Mala Rajlakshmi Shah was jointly inaugurated by state officiating president Naresh Bansal with senior leader Kailash Pant and Mussoorie MLA Ganesh Joshi by cutting the ceremonial ribbon.
On the occasion, BJP leaders asked activists to work unitedly in the campaign so that Shah could win by a huge margin, thereby strengthening the hands of PM Narendra Modi. They said that the BJP policy required every worker to work hard at the booth level and also to motivate voters. They further asked workers to publicise the development work done and public welfare schemes launched by Prime Minister Narendra Modi and his government. They praised the state’s two-year Trivendra Rawat government and said that many important works had been done for the development of the state.
Naresh Bansal claimed there was a Modi wave in the country and people once again wanted him to be the Prime Minister. He expressed confidence that all five seats would be won by the BJP in the state. He said the Congress was a sinking ship and once again would be badly defeated.
Present on the occasion were BJP leader SP Chamoli, Mussoorie BJP President Mohan Petwal, former municipal chairman OP Uniyal, Mussoorie Women’s Wing President Mira Suriyal, Mira Saklani, BJP Yuva Morcha President Rakesh Rawat, DP Panwar, Gajendra Singh, Anita Saxena, Rakesh Agarwal, Amit Bhatt, Sumit Bhandari, Anil Singh, and others were present. 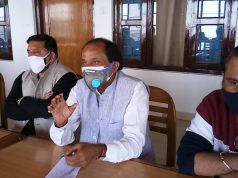