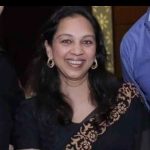 By VENU A DHINGRA

The movie, Thappad, is about the respect of your spouse or partner, which is “mostly” lacking in our society. The wife/partner can easily hit back at the person who raised his hands first, but the truth is, respect walks out of that relationship right there and then. Many relations keep crawling because of the peer pressure of parents, society, children, etc., etc., but no doubt most of them are dead deep inside and just going on for the sake of it… The movie thankfully shows the realisation by the partner in his parting line, otherwise that’s the bitter reality that mostly men don’t have an accptance of their act. The culprit is the upbringing and mindset…we, as a generation, are still going very, very wrong, in bringing up our male child….only 10 percent are bringing up their male child in the right manner but 90% still have the attitude that whatever a male does is right and does not have any consequences…. The feeling of a woman is always ignored…. Other than the Thappad, the support of the family is always/sometimes missing….. Thankfully the father in this movie is shown as supportive. In India, in most of the cases, a marriage is supposed to be continued at all cost, whether you are beaten up, raped, treated as a maid, no respect (Oh … What is that?) but a woman is forced to continue in the marriage because the parents will not take her back, that’s the first hurdle…if she is not educated, second hurdle, lack of confidence, biggest hurdle… I’ve personally seen this happening everywhere, class is not a matter at all… The movie too, showed the lower and upper classes with same mindset… So this is the male mindset not class mindset, clearly. The feelings of a woman are rarely taken into consideration. Confidence should be instilled in a girl or a woman of any age by people around her, that we are here for you, God forbid if things don’t go the right way. If a girl is married, the in-laws should have the courage to speak strongly about the wrong doings of the son, which is missing in 99% of the houses. “My son is right,” kills most relations. “The marriage should work at all cost” is a big hindrance and men keep repeating their mistake. I can go on and on but will keep it simple by saying respect is the most important ingredient of any relation which cannot be demanded…. Shaken and stirred by this movie.

Garhwal Post has established itself as a credible, balanced and forward looking newspaper in India. Based in Uttarakhand, the daily is read by the aware, socially and culturally responsible, high-income elite of society.
Contact us: info@garhwalpost.in
best dating apps in brisbane