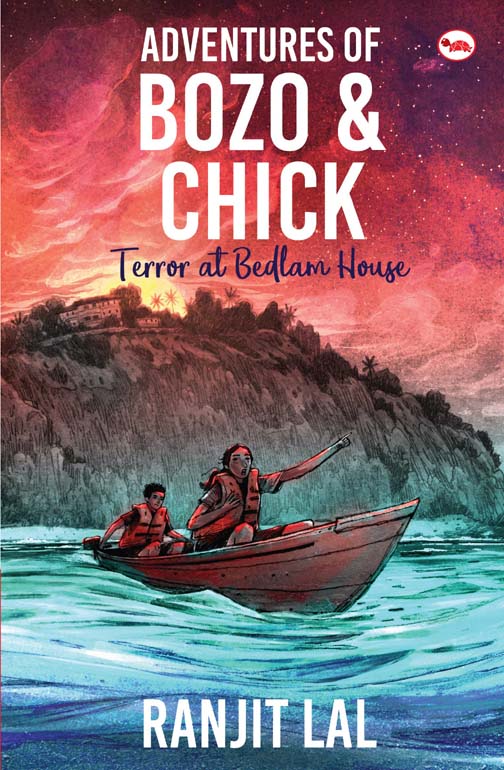 (By Ranjit Lal. Shortlisted in the category of Children’s / Young Adult Writing for the REC-VoW Book Awards, 2019)

Excerpts from an interview with Ranjit Lal 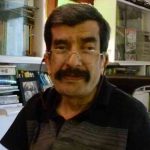 You’ve written over thirty- five books, fiction and nonfiction, for adults as well as children. What inspires you to keep writing? And how long does a book usually take, to produce a first draft? Anything could set one off: a story in a newspaper, and of course using your imagination and asking, ‘well, what if’? Would you say that children today are reading less than before? Have you had any experiences that suggest otherwise?

A: Well, everyone is saying that – and yes there are an awful number of kids glued to their smart-phones most of the time, but schools will tell you that kids do read! Maybe not as much as we did in our time, but we had much fewer distractions. The Adventures of Bozo and Chick was Enid- Blytonesque for me, with the shore life, small town appeal, and adventure. Who are some of the authors you’ve grown up reading, and still turn to? It had to be an outdoors adventure with plenty of rock climbing etc. (I have spent many happy days on the beach in Bombay years and years ago! Yes, did read Blyton (never could understand why she went into transports of delight about it 38 Days to go being ‘a sunny day’!). Other authors include Dickens, Richmal Crompton, Alexander Dumas, Gerald Durrell, RK Narayan, Kipling (except that he made the tiger the villain), and so many others. The plot twist towards the end was incredible. How do you structure a plot? Do you already know how you want the book to end, or does it make itself up on the way? I knew roughly how the story had to end – and it dealt with another social problem, that we’re facing more and more these days (so called ‘honour killings’) so the two issues fitted in nicely!

Ranjit Lal is the author of around 45 books – fiction and non-fiction – for children and adults who are children. His abiding interest in natural history, birds, animals and insects is reflected in many of his books: The Crow Chronicles, The Life and Times of Altu Faltu, The Small Tigers of Shergarh; The Simians of South Block and the Yum-yum Piglets, The Tigers of Taboo Valley, Bambi, Chops and Wag; Birds from My Window; The Birds of Delhi; Wild City, The Trees of Medley Gardens, The Little Ninja Sparrows, Rumble in the Jungle etc. His book, Faces in the Water , on female infanticide, and for which he was honoured by IBBY in 2012, won the Crossword Award for Children’s Writing 2010 and the Ladli National Media Award for Gender Sensitivity 2012. Our Nana Was a Nutcase – on dementia and Alzheimer’s – won the Crossword Raymond Award for Children’s Writing in 2016. Other books with social themes include Taklu and Shroom (shortlisted for the Crossword Award for Children’s Writing 2013), Miracles, Smitten (on child abuse in the family), The Secret of Falcon Heights, and more! He was awarded the Zeiss Wildlife Lifetime Conservation Award for 2019 for writing ‘with exceptional literary skills’ on the conservation of wildlife, especially birds. As a journalist he has had well over 2000 articles and photo-features published in the national and international press and currently has a column – Down in Jungleland – in the Indian Express ‘Eye’. He also writes a monthly children’s column for The Hindustan Times called Bratpack Brief. His other interests include photography, automobiles, reading and cooking. He lives in Delhi. For the complete interview, log onto www.valley ofwords.org