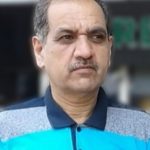 By Dr Subhash Chandra Sundriyal
Like every fairy tale that originated from horror, the tale of Covid during the onslaught of the second wave had heroes, martyrs, villains as well as deserters. I happened to be in the midst of action in a public hospital as an administrator.

As the wave hit adjoining cities, the misery of the patients was evident and unavoidable. They were in distress, short of oxygen, and running fever due to infections. Obviously, the virus had started attacking the lungs of young people who were in their most productive age group. Media showed gory pictures of inept state machinery unable to cope up with sudden shortage of hospital beds, oxygen supplies, anti-covid drugs, oral immune boosters and antiviral drugs. The State Health Machinery grappled with the situation with desperation, calming people with multiple advisories on Anti-Covid protocols, but to no avail. The crisis worsened and all I could see from the electronic media were glimpses of heaps of bodies piled outside crematoriums, waiting to be burned, consigned to flames or thrown in the flowing rivers across Lucknow and Kanpur. The electronic and print media became a living nightmare, a hotspot of terror.

Sitting in my chambers in the hospital, I wondered whether we were on the verge of a bio-war or whether it had already begun. There were patients everywhere. Insistent requests on my cellphone showed the desperation of dying patients due to low oxygen, who were breathless and barely able to voice their sufferings. Many died on the way, while some died while being administered treatment. Many of my colleagues passed away as well.

It was a war against an invisible enemy, omnipresent and attacking in different disguises. The machinery was on the verge of collapse.

And when it was evident that we were losing the war, its soldiers (doctors, paramedics and other staff) of my hospital put on a brave front and stayed. They worked round the clock, hungry, terrified of infecting their children and family back home – worrying about their fate if Covid strikes, perhaps just like a soldier on the front-line of artillery fire thinks and acts.

Out of 84 doctors on my roll in the hospital, 49 disappeared. Some stayed back home citing infection in a family member as an excuse, or claiming to suffer from Covid themselves. Their leave requests poured in through WhatsApp official groups, email and other means. These doctors/paramedics cited government orders allowing quarantine/isolated leave of two to four weeks.

We were desperately short of doctors and staff. The deserters had disappeared. I was the Captain of a ship on turbulent waters. If the turbulence died, we won; if not, we would sink together. But never desert.

I learnt management lessons the hard way. Those who worked were exhausted and needed time to eat, sleep and rest, along with a pat on the back to carry on. I assisted them in treatment, unmindful that even white coats are not invincible and we as humans are equally as susceptible as the rest of humans.

But then NGOs came and distributed food, medical aid. The state health machinery was back in action. The hits saved lives while the misses cost lives. But always at the expense of human loss!

I appealed to the deserter doctors/paramedics to join in and help but, disappointingly, they surfaced when it was appropriate to join back again. They were deserters in the Covid war. But, sadly, they were not punished. The health system follows documented evidence to prove or disprove a point.

But I punished these deserters by ignoring them and attending to the needs of the hospital staff who were right there on the ship ready to sink or sail.

Garhwal Post has established itself as a credible, balanced and forward looking newspaper in India. Based in Uttarakhand, the daily is read by the aware, socially and culturally responsible, high-income elite of society.
Contact us: info@garhwalpost.in
https://garhwalpost.in/best-websites-to-meet-friends/