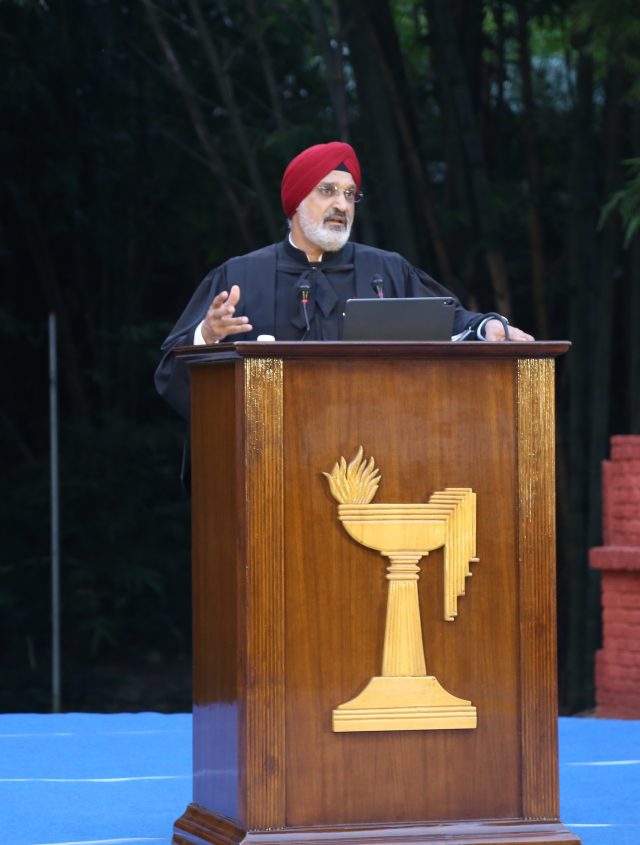 DEHRADUN, 23 Oct: The Doon School celebrated its 86th Founder’s Day on the 22nd and 23rd of October, 2021. It was the second virtual Founder’s Day of the School. The theme for the Founders was 75 years of Independence. The second day of Founder’s event kicked off with Founder’s Day Speeches and Programme. There was a live telecast of the programme from the School on its Social Media platforms. The Chief Guest for the occasion was Bhavish Aggarwal, Co founder and CEO of OLA. Dr. Jagpreet Singh, the Headmaster was the master of ceremonies and addressed the school with the report on the year’s developments and activities. Dr Singh also released the Yearbook with Jahaan Sehgal and Nairit Pattnaik, the School Captain. This was followed by the Chairman, Board of Governors, Indian Public Schools Society, Sunil Kant Munjal’s address. 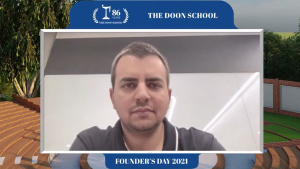 The Chairman then interacted with the Chief Guest, Bhavish Aggarwal and through a series of questions and answers presented an engaging conversation. Aggarwal, spoke about his background and his professional journey and inspired the students by sharing that ‘it’s not about the failures but how you pick yourself up from them.’ The School Captain Nairit Pattnaik delivered the vote of thanks. This was followed by the Music programme consisting of a performance by the choir and orchestra. The programme concluded with a video recording of the exhibition put up by students from the previous day. The Board of Governors of Indian Public Schools Society joined virtually through an online platform while the Headmaster, and School Captain delivered their speech in the School’s iconic amphitheatre- The Rose Bowl.

Operose: Music programme for Founder’s Day 2021 The on campus students of the School orchestra and choir, under the guidance of the Music Department presented a scintillating programme titled ‘Operose.’ The programme was a compilation of three performances – The eye of the tiger (original by the band Survivor), a tarana based on raag jaunpuri, raag kirwani, a tabla jugalbandi, raag khamaaj and ended on a beautiful rendition of the Vande Mataram. The videos of the events can be found on the School’s Youtube and Facebook, Linkedin page.