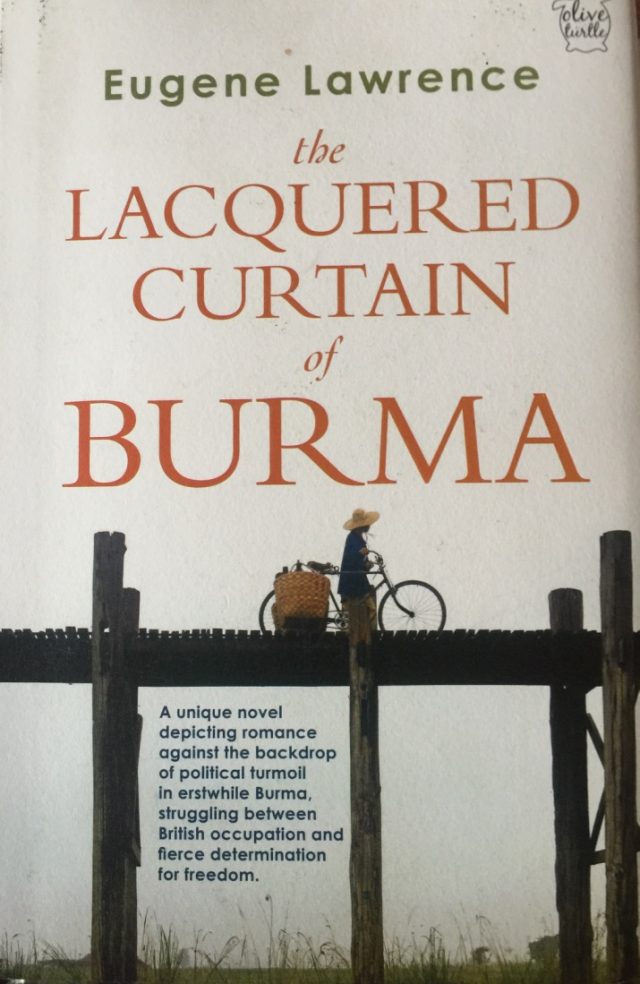 As I finish reading Eugene Lawrence’s well researched The Lacquered Curtain of Burma, reports have it that the Nobel Peace Prize winner Aung San Sui Kyi is at The Hague to appear before the international Court of justice. She will be defending the indefensible as the government has been accused of large scale genocide in the Rahine province. Thousands of Rohingya were killed and more than seven lakh fled to neighbouring Bangladesh during the army crackdown. She dismissed the ‘widespread and systematic clearance operations’ simply by insisting that they were an ‘internal armed conflict triggered by attacks on police posts.’ She assured the court that all children born in Rakhine, regardless of religious background, are now being issued birth certificates. Arrangements are in place to enable more Muslim youth to attend classes at universities across Myanmar. With the support of international and local partners, scholarships will also be made available to students from all communities living in Rakhine. The government has started a social cohesion model project in Maungdaw township, to promote social harmony among all communities. Inter-faith fora have been encouraged. Other steps that are in place include improved livelihoods, security, access to education and health, citizenship, and social cohesion for all communities in Rakhine. Three IDP camps have already been closed, and an IDP- camp closure strategy has been adopted. Myanmar is also committed to voluntary, safe and dignified repatriation of displaced persons from Rakhine under the framework agreement reached between Bangladesh and Myanmar. Flip over the pages of history to find that the turmoil began soon after the liberation of the country from the shackles of colonialism, World War Two and the Japanese occupation. The generals of the Burmese Army staged a coup by assassinating Aung San, the founding father and leader of the freedom struggle. Fearful that he would turn into the Burmese version of someone like Mao Tse Tung or Ho Chi Minh, who was promising to give representation to the fearsome ethnic groups like the Kachins, the Karens and the Shans. That burst of gunfire that extinguished freedom and all hopes of democracy. British colonial policies encouraged migrant labour from neighbouring Bengal to settle in the Arakan region of Burma, bordering Bangladesh to cultivate paddy. These Muslims – the Rohingas – had been promised land. Small wonder then that during the Second World War, they supported the Allies while Burma’s nationalists sided with Japan. The saga of mistrust is an uncomfortable truce; a tale that begins with massacres dating back to the early 1940s. The Land of the Golden Pagoda has been under the rule of SLORC (the State Peace and Development Council) since 1997 under General Than Shwe, who has risen through the ranks with considerable speed: from an instructor at the Army HQ, to company commander to battalion commander to general before promoting himself to the chief of the Burmese Army in 1992. Aung San Suu Kyi, now the Foreign Affairs Minister has endured much pain, deprivation, sacrificing her husband and children. In many ways she reminds the reader of South Africa’s Nelson Mandela, like whom she seems determined to put the sufferings of the past behind her. She walks a tight rope between the armed forces and the Ethnic Armed Forces. She believes that after 1948, Myanmar has not known the security of sustainable development that is the fruit of peace and prosperity. And the greatest challenge remains the deep rooted of distrust and fear, prejudice and hate, that undermine the nation. Settlement has to be reached all the ethnic groups like the Shan, Karen and Kachin. Only then will the country see the fruits of the rule of law. Myanmar looks at the future with real power still in the hands of the armed forces. They are in control of the security apparatus. The Nobel Laureate has us believe that this government is committed to justice as a champion of the reconciliation and harmony that will assure the security and rights of all the people of Myanmar. What lies ahead? Only time can tell but for the moment, your guess is as good as mine. A good read.

Garhwal Post has established itself as a credible, balanced and forward looking newspaper in India. Based in Uttarakhand, the daily is read by the aware, socially and culturally responsible, high-income elite of society.
Contact us: info@garhwalpost.in
dating sites young people