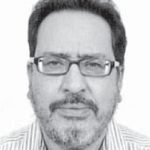 The process of gradually undoing the lockdown has begun. It had to happen; the lockdown couldn’t continue indefinitely. The cost-benefit calculus based on mortality and morbidity due to Corona pandemic versus the economic devastation wrought by the lockdown ultimately weighed against its continuation. The big question that seeks an answer is: are we headed for the “good old times” now, or is it going to be a “new normal”? The former looks increasingly unlikely. So, what will the “new normal” be like? Predicting the future is always a hazardous exercise. There are so many uncertainties and unknowns to contend with that even the most prescient prognosis can end up wide off the mark. But as the old saying goes “Fools rush in…”

A few significant economic and human consequences of the lockdown are likely to cast a heavy shadow on the nature of the recovery. Given the vast scale of devastation wrought on the economy, there is a strong possibility that a number of economic actors, especially from the MSME sector, may not be able to spring back to life leading to many going out of existence with attendant hardship for their owners and those employed by them. According to one estimate, a majority of 70 million MSMEs in the country may not survive and the number of people thrown out of employment may be a staggering 87-116 million (Malini Goyal, “Wanted: Bots”, Economic Times Magazine, May 31-June 6, 2020). Economic rehabilitation of such large numbers will be a stupendous challenge. This will be complicated by the fact that economic recovery is going to be a slow process stretched over a fairly long period of time, not a sudden bounce-back. Moreover, even the contours of the economy may see a major change with a movement away from old production processes, necessitating new skills. Allied to this is the shortage of labour, at least in the near and medium term. A large part of the labour force having gone back to their homes, their return may take quite a while even after the economy starts picking up. In such a situation, it makes sense for entrepreneurs to go in for capital intensive and labour saving processes. This process has already started in various sectors, including agriculture. “Amid the lockdown and an unprecedented business crisis, the automation wave is gathering storm. It is unleashing an army of robots and bots (software robots) across India Inc.” (Ibid.)

Recent technological advances in the field of robotics, artificial intelligence, machine learning, data analytics, etc., and their application to diverse fields in the manufacturing and service sectors provide further incentive to replace men with machines in these areas. The fear instilled by the spread of Covid 19 has also been instrumental in promoting ‘contactless’ solutions. These developments have far-reaching implications for employment and nature of work in time to come. Work from home may become the norm for a larger number of employees. New skills requiring technologically savvy workers would be in great demand with a corresponding reduction in purely manual work. Routine jobs not requiring any special skills may increasingly be transferred to robots. From the point of view of an individual enterprise it makes eminent sense to replace human labour with robots as far as possible. It brings in a host of benefits: recurring wage costs get replaced by initial capital costs, unionisation is eliminated, sickness and absenteeism is avoided, social security benefits are eliminated, discipline and control issues do not exist, to name just a few obvious ones. From a social and political point of view, especially in a labour surplus country with high levels of poverty, inequality and social exclusion like ours, the results can be disastrous.

It may well be the case that no country can hope to defer adoption of emerging new technologies for too long. The solution offered to countries like India is reskilling and skill upgradation of its workforce on one hand and revamping the education system to produce young workers equipped with knowledge skills that the new economy demands. This is easier said than done in a country like India, which has at best a barely educated existing workforce and a dysfunctional public education system surviving on outmoded pedagogy and administrative structure. The most urgent reform that the country needs, therefore, is in the field of education.