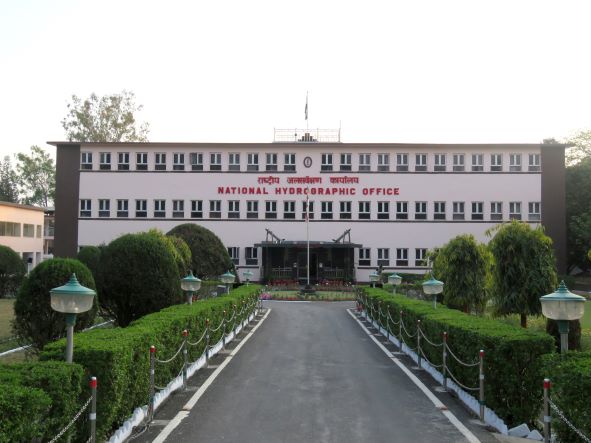 On this day in 1971, India created Naval History by launching a sea-borne missile attack on an enemy harbour and forcing its adversary, Pakistan, to its knees. Indian Naval ships Kiltan, Kajchall, Nipat, Nirghat and Veer did what no one had ever done before. And now, decades later, as India takes over the Chairmanship of the G-20, our Government is once again going where no sarkar has ever dared to go before. We are on course to use an Indian resource which should have been developed decades ago: the enormous volume of Indian Territory that lies under the sea around our peninsula nation and its myriad islands. If this vast submarine terrain is projected on a two-dimensional map it will cover an area more than that of mainland China.

We don’t intend to go into post-mortems about why this had not been realised by earlier political dispensations. That path is far too mired in sludge to permit a clean debate. It is enough to say that the Prime Minister has dubbed this initiative as The Blue Chakra. Our Government has also shown its zeal in promoting such under-sea development by issuing an India’s Blue Economy – A Draft Policy Framework. Dehradun will play a significant role in this great endeavour because it is the home of the National Hydrographic Office. This very specialist organisation charts the oceans and thereby enables ships to go where they need to voyage in order to utilise the power of the Blue Chakra.

We have a mainland coastline of 7,517 kms plus those of 1,382 islands. The waters washing these Indian territories are part of our Blue Economy. Sadly, our use of these vast resources of the Blue Economy has remained largely at the primitive Hunter-Gatherer Stage. It is as if the people who use the Blue Economy have been frozen in the Stone Age. They seem to have no interest in developing its resources, as surface agriculturists, and other farmers developed rice and wheat from wild grasses, or all the myriad species of poultry from the Indian wildfowl, etc. This will have to change because most of the earth is Blue and the dry areas of our globe have been over-exploited. The oceans, therefore, remain our greatest untapped frontier. We were a strongly seafaring nation till the ocean-averse herdsmen captured our imagination. The mysterious people who constructed the amazing cities of Dholavira, Lothal and Rakhi Garhi traded with Mesopotamia. The Aryans with their cattle became prominent towards the decline of the sea-faring traders. The herdsmen, with little experience of the ocean dreaded its implacable strength. Happily we have shaken off some of their kaala pani phobia.

We have shown the world that our Space Programme is second to none and we have helped many nations put satellites in orbit. Having proved our mettle in Outer Space, we must now concentrate on the greater, and less expensive, goals of Inner Space.

The world does have some aquaculture farms but their methods are causing environmental degradation because they need high energy inputs and the loss of natural habitats. According to the opinion of one specialist, “The pollution from a single fin fish farm may output as much daily waste as a small city’s concentrated sewage.” This reminds us of the fact that the Mainframe Computer, used to create the first atom bomb, blew its valves so often that there was a replacement engineer on constant duty. Today, a hand held smart phone has the same abilities with multiple applications and needs no engineer in attendance! Similarly, need will spur science to make aquaculture far more efficient once it becomes a normal part of our Blue Chakra economy.

We go much further than aquaculture as we know it today. If the Blue Chakra concept is developed beyond its present primitive state, it is more than likely that the aquanauts of the near future will team up with dolphins as men teamed up with horses, dogs, bovines and sheep and goats. Dolphins are mammals who, like whales, decided to return to the sea. Their brain size is as much as a human’s but they use very much more of its capacity.

Yes, dolphins are more intelligent than Homo sapiens, and they have shown their affinity to humans. It is very likely that ocean farming could be enhanced by aquanaut-dolphin teams. Dolphins have shown teamwork when their pods, or social groups create nets of bubbles to herd fish into shallow waters for easy harvesting. They have even been known to help drowning human swimmers by buoying them up and guiding them to shore.

The exploration of the ocean opens up virtually limitless possibilities. They are more than those revealed by the great voyages of Discovery because the area is greater. Those voyages led to the growth of the European empires, the discovery of steam propulsion, heavier than air transportation and, eventually, the unleashing of the power of nuclear energy. The discovery of the possibilities of the Blue Chakra could be far greater because the region to be explored is much more. We are looking at the power of great rivers without banks, like the Gulf Stream. There are minerals formed into deep sea nodules, unknown to surface mines. Kelp gardens and sea grass meadows need to be cultivated carefully so that they continue to yield an unlimited source of food. We need to start training Aquanauts who are under water specialists, people with the skills to handle, and develop, the resources of the oceans. The ingenuity of our young technicians must be put to creating artificial gills. Fish don’t need to come up for air. Their tiny gills have been evolved to extract oxygen from the sea. The inventors of the first artificial gills will become billionaires overnight.

We, in India, are ideally located to create such innovations. We are a peninsula nation, thrusting out into the busiest sea lanes of the globe. It is our right to use our waters to the best advantage of our citizens; this is also our duty. To do this we have to pull out all stops to develop a strong fleet of specialised ships to support the development of these submarine resources.

Parallel to this we must train and equip a large corps of Aquanauts with the know-how and the specialised mechanisms to locate, develop and defend our sub-oceanic resources both at the continental shelf level and right into the deep ocean. Our eventual aim, taking a leaf from our Chinese antagonists, should be to establish submarine colonies to enhance and use these resources for the continued prosperity of the People of India.

We suggest that, if the Blue Chakra is to stay on course, all Blue Chakra organisations be brought under the single control of NITI Aayog.

(Hugh & Colleen Gantzer hold the National Lifetime Achievement
Award for Tourism among other National and International awards. Their credits include over 52 halfhour documentaries on
national TV under their joint names, 26 published books in 6 genres, and over 1,500 first-person articles, about every Indian state, UT and 34 other countries. Hugh was a Commander in
the Indian Navy and the Judge Advocate, Southern Naval Command. Colleen is the only travel writer who was a member of the Travel Agents Association of India.)