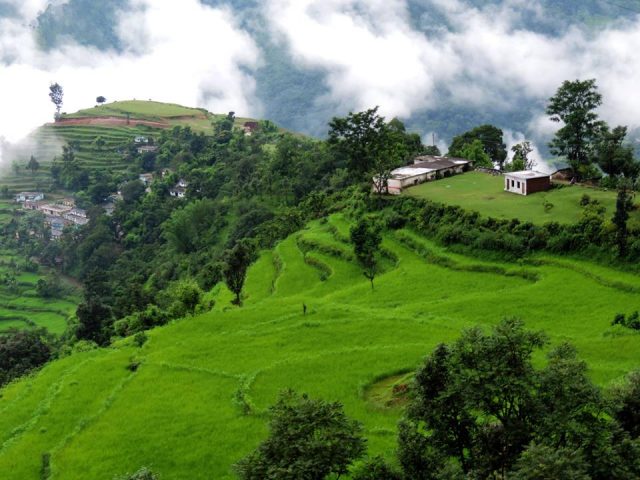 Mountain Communities are continuing to suffer under pressure of administrative indifference

The Himalayan villages are bearing the brunt of the pressure of civilization. Not only are their essential needs neglected, but even their immediate environment is threatened. Their economic and social well-being is in jeopardy.
A unique participatory exercise titled, Askot to Arakot Yatra? is organized every ten years, to conduct a scientific study of mountain communities, living in the interiors of Uttarakhand at varying altitudes. The first yatra was conducted in 1974 followed by ones in 1984, 1994, and 2004 and in 2014. Reports received at the end of these yatras are most discouraging. They reveal how mountain communities live a life of continual neglect. Theirs is a story of ignored and abandoned existence.
In all the above yatras over three hundred and fifty villages were examined for developmental work done, condition of the farms and community and other issues. A report was also prepared and submitted to the authorities.
The yatra passed through alpine meadows, Kharaks or cattle sheds, areas affected by landslides and earthquakes, areas that were home to the famous Chipko Movement, pilgrimage destinations, tribal zones and the Indo-Tibetan border areas. Participants studied the post-independence change that has happened in these regions in the past decades.
So far the data collected suggests that no real development has reached out to the people living in difficult conditions in the mountains, in over four decades.
“This is truly shocking. The Mountain communities are threatened by food scarcity and lack of basic facilities. Worse they have no incentive whatsoever to protect the state-owned mountain forests. This further aggravates the situation. We must ensure that we have mountain specific policies that we effectively implement,” points out Anil Joshi, a well-known environmental activist of Uttarakhand. “Only when we do this will our mountain folks effectively manage mountain ecosystems, and fight for their own rights.”
The yatras studied, apart from other things, the issues related to society including culture, caste structures, conflicts, gender, weaker sections, crime etc. The pattern of economy too was examined and matters such as migration, cottage industry, forest and non-forest produces, Indo-Tibet trade were scrutinized.
Indigenous communities like Bhotiyas, Banrajis, Jats and the Jaunsaris, who trace their origins to the Pandavas need to be protected from annihilation has been a constant refrain.
“The status of resources together with land, water, forest, wildlife, human resource management must be bettered if these communities are to survive,” states JP.Barthwal an octogenarian.
Also the state of traditional knowledge, health, education, tourism, must be upgraded. Further the governance efficacy along with the functioning of Panchayati Raj and women’s participation must be enhanced.
In other words the entire dynamics of living of the mountain communities must be corrected by political will and expediency.
Prof Shekhar Pathak who has earned the distinction of being part of all the yatras provides a very discouraging picture. “Mostly the status of basic infrastructure is inexcusable in entire Uttarakhand villages. Education and communication systems are in a state of utter neglect, if at all they exist. The condition of women and elders is reportedly abysmal. And agriculture is in ruins,” he underlines.
“Given the fact that the tourism industry has a multiplier effect on the local economy, the real challenge in times to come would be, maintaining a balance of sustainability, ecological, economic and socio-cultural elements and community-based mountain tourism,” asserts Bela Negi a film maker.