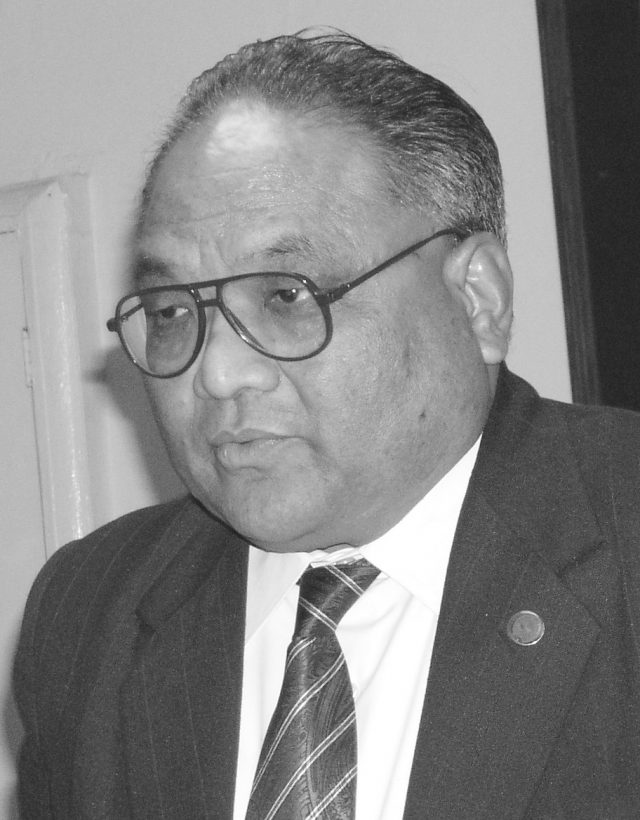 The second edition of Valley of Words also saw the return of  RSTolia Forum  curated by the Sustainable Development Forum Uttaranchal.It was in  2017 that the RS Tolia Forum was first launched as an integral  feature of the Festival in which rich tributes were paid to the late Dr RS Tolia and a collection of his writings entitled ‘ The Essential RS Tolia ‘was released.

This year, the RS Tolia Forum was inaugurated on November 23 with the screening of a film on his life, produced by IMI and unveiling  of a gallery dedicated to  the books authored by him and the sketches and doodles drawn by him.The speakers recalled the contribution of the late Dr Tolia to the administration, governance and development of Uttarakhand and remembered him as a dynamic and multi-faceted personality who had left a deep imprints in the various aspects of the state.The various institutions founded by him and the innovative projects launched in various sectors were also recalled. The speakers called him a visionary who had a deep understanding of the mountain issues and saw the development needs  of the new  state in a paradigm different from that of  Uttar Pradesh.His vision as reflected in the various efforts made in the early years of Uttarakhand, were particularly mentioned by the speakers. Dr Tolia was also remembered as a tireless  builder of institutions even after his retirement from the government service and among those which came for special mention were the RTI Club Uttarakhand,the Integrated Mountain Initiative (IMI),the MallaJoharVikasSamiti,the Johar Senior Citizens Parishad , Sustainable Development Forum Uttaranchal(SDFU) and the Kumaon University Alumini Association.Equally, his contribution to building of institutional memory of various organisations was also highlighted by the speakers.The contribution of the late Dr Tolia in the writing of Administrative history of Uttarakhand from the post- Gorkha period was recounted by the scholars as his unique contribution to administrative history of Uttarakhand .His indefatigable urge to put everything in documented form led to building of vast body of literature on so many subjects relevant to the governance and development of the state.

The RS Tolia Forum this year deliberated in the course of two sessions one each dedicated to specific themes and the third one as a Brainstorming session involving the audience participation and looking for the Way Forward.The session named the Drivers of Change in Uttarakhand was divided in four segments .The first one underlined the importance of non –Timber Forest produce including bamboo,ringal, industrial hemp and lantana and their potential for generating employment and enhancing the incomes of the people.The second  theme under this segment dealt with the vast potential of MSME sector which included tourism, wellness,medicinal  and aromatic plants, small manufacturing activities and solar energy .The recent Investors Summit organized by the state government also came in for special mention and the various sectoral policies unveiled by the state government  were highlighted by the speakers.The third segment dealt with Eco-Tourism which had a vast potential in Uttarakhand, especially in Adventure sports,wildlife tourism or trekking and nature trails in the various parts of Uttarakhand. It was also informed that the Government of India had formulated and notified the Eco-Tourism Policy and the state policy along the same lines would also be formulated.The last segment dealing with organic agriculture, horticulture and other crops highlighted the immense possibility of neutraceuticals in Uttarakhand.

The second session named Meta -Narratives of Migration in Uttarakhand drew maximum interest as expected.It was observed by the speakers the migration is seen either as a progressive phenomenon or as a regressive one and there is a sharp division in people ‘s perception about the both  but the meta –narrative transcends both the discourses and it was felt that the  policymakers should also  focus on the problems  of those who have not yet migrated from the hills and the trends of reverse migration witnessed in certain parts of the state should receive adequate  attention of the state government. It was also suggested that the State Migration Commission should take cognizance of this positive trend of Reverse Migration and incorporate the same in its recommendations. The Brainstorming session generated a lot of heat and it was suggested that some of the concerns raised in the course of the deliberations need to be projected to the policy makers.The Reverse Migration and the need for making the land owners and the Panchayats stakeholders in the Contract Farming policy unveiled by the state government were particularly emphasized upon.

The Second Day of the RST Forum had the Round Table on the Kailash Sacred Landscape Conservation and Development Initiative curated by the GB Pant National of Himalayan Environment and Sustainable Development. This is a three nation initiative of China,Nepal and India and the regions adjoining the China borders in India would be the areas of focus under this project .It was decided in the Round Table that members on the Local Advisory Committee would be actively consulted  and involved in the formulation of the Second  Phase  of the project which had the Regional Cooperation,Ecosystem management and Livelihood enhancement as the outcomes. On the second day the Forum also hosted two young authors under the Highlanders Voices theme. These authors hail from the remotest Kumaon Hills in district Pithoragarh. Two books, a novel named Hidden Cage by Narendra Garbyal and a book of poems titled My Child: Reflections and Thoughts by AdityaNabial  were launched  followed by lively discussions by a panel of Dr BK Joshi and UpendraArora.The works of both the authors were highly acclaimed by the audience. On the last day of VOW, the Forum would host a session on Buddhism in Uttarakhand with reference to the latest book on the subject by SS Pangtey. The RST Forum within VOW is turning into a vibrant platform for deliberations on public policy issues  as well as creative writings and as VOW gains traction,the Forum is also poised to grow  in future.

Garhwal Post has established itself as a credible, balanced and forward looking newspaper in India. Based in Uttarakhand, the daily is read by the aware, socially and culturally responsible, high-income elite of society.
Contact us: info@garhwalpost.in
honeymoon getaways near me https://garhwalpost.in/funny-dating-headlines/