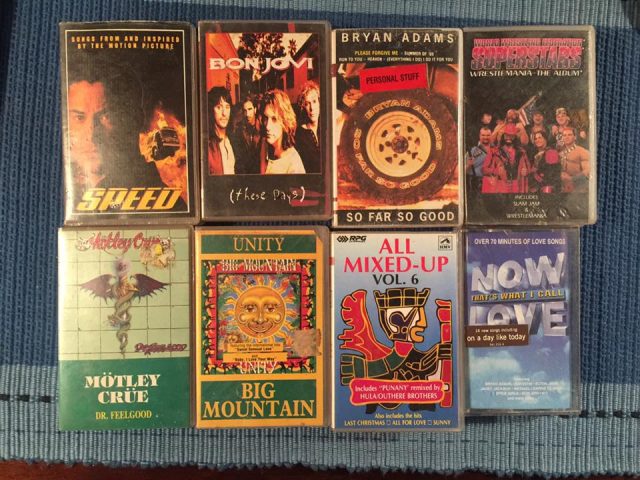 Music, as far back as I can remember, has been an integral part of my life, even though I cannot sing well or play an instrument. In grade four at Woodstock School, a few of us were placed in a music class where we were given recorders – from the woodwind musical instruments family – but something about blowing into a long, thin object didn’t seem right. In grade five, while in the USA for a year as my mother obtained her Master’s Degree, I took piano lessons but sweet old Mrs. Hoy put me to sleep. In grade six, at the American School of Bombay, my mother suggested I take guitar lessons but the Polish instructor, Ivor gave me the creeps and my fingers hurt too much after a few classes, so that was that. 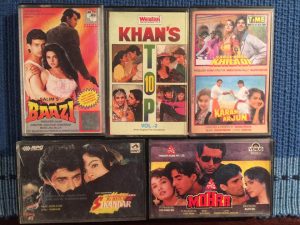 Am I giving excuses for my own ineptitude? Perhaps. Ok, fine, yes. 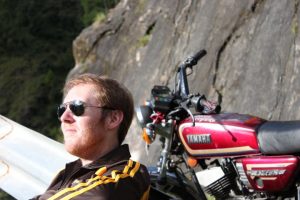 I grew up around music, if not musicians. There was always music playing wherever we lived. I remember being a young thing and fiddling with my parent’s record player in Bombay, tiptoeing up to it and playing with the cartridge – it reminded of a caboose – before someone yanked me away from it. I can recall LPs of Bing Crosby, Creedence Clearwater Revival, Bob Dylan, The Beatles and the Eagles placed neatly on shelves in Landour and various apartments in Bombay.

My earliest memory of comprehending lyrics is of sitting in Sadhana Apartments in Gamadia Road, a quiet lane that connects Peddar Road and Warden Road in South Bombay. My father flipped between audio cassettes of the Beatles and Aradhana, the film that prompted him to become an actor, whose unforgettable music was composed by SD Burman.

I remember being amazed, confused and later confident at listening to and mastering a few lyrics from both cassettes, as distinctly dissimilar in language and comprehension as my five-year-old ears and mind could believe them to be.

“Follow her down to a bridge by a fountain … where rocking horse people eat marsh-mellow pies …” shares as much space in my memory as “raat nasheeli, mast samaa hai, aaj nashe mein, saara jahaan hai …” I didn’t know what half those words meant but they were mysterious, overpowering and cool. I will never forget either song.

In a way that moment encapsulates who I am. For a long time, torn between two cultures. An Indian of American descent, fourth in a generation of an American family to be born in India. I am Indian, born and raised and by passport.

I have never been able to decide whether I like Western or Indian music better. I was asked recently by a viewer of my YouTube channel to talk about my English and Hindi musical preferences and which I like more and which I listen to more.

As a teenager, I had more Hindi film audio cassettes than English. In high school, the English collection increased. In college in Ohio, thanks to free and superior internet access in my dorm room, I lost myself in downloading from Napster a range of Hindi film songs from the 60s to 90s and discovering American and British rock and indie bands. The countless songs I downloaded were converted to many CDs, which I still possess. Here too, as they had when I was five, east blended with west seamlessly. Kumar Sanu met Dave Matthews and both held a tune, Silk Route serenaded Jewel and Ustad Nusrat Fateh Ali Khan and AR Rahman intoxicated with Counting Crows and Coldplay.

Over the years, as Apple’s vast range entered my life, my devices always held Hindi and English music in equal measure. Today, my iPhone has 41 playlists – 13 English, 25 Hindi, one a combination of both and one lengthy collection of Coke Studio hits from across the border.

Whether working, driving, running, exercising, walking or going to buy groceries, music accompanies me. It is a constant companion. You don’t need to play an instrument or hold a tune to appreciate music. That, I suppose, is the beauty of it.