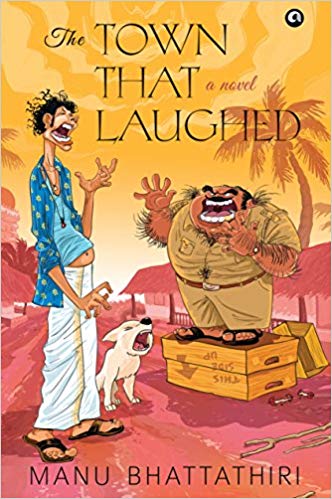 Excerpts from the interview with Manu Bhattathiri 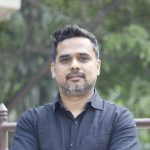 What inspired you to write this story? And how did you develop the plot of the story? What was the process of writing it like – from conceptualising to producing the final draft?
As is often the case, it began with a casual conversation with my wife as we were walking on the terrace. She suddenly brought up PaachuYemaan, who had featured in a short story in my previous book, and told me that several of her friends had asked her what happened to that man next. And I decided I must tell them.
I just began the next day with no idea whatsoever about the plot. I had a retired policeman on my hands; one that was known to be a terror in town but was dormant now. A toothless ex-monster who would now be vengefully laughed at by one and all. I began with PaachuYemaan practicing his expressions of anger in front of a mirror much like a dog baring his teeth to a tiger in a desperate, hopeless last try. But then the story began appearing to me and I stopped and rewrote the beginning. It was after about five chapters, I think, that I stopped once again and began writing the plot down in a rough sketch. But I had to correct course once in a while, mid-novel, as Paachu and Joby and Priya and the others developed themselves.

The characters of your stories are so well developed- be it their thoughts, personality, or morals. Have these characters been inspired by people in your life? If not, how did you develop such intense characters?
I have always been a reader of fiction. But my personal philosophy is that while I can be inspired from another book in my style of narration, I can take more or less nothing from literature when it comes to characterization. My characters have, indeed, come from my life and observations. Because otherwise—if an author’s characters have to be inspired by those in other works—then literature becomes an end in itself. And if you write, like me, to escape purposelessness and the existential angst, then that simply won’t do. Literature serves its purpose only if it draws out of life. So, to answer your question, I draw my characters from my life, yes. They could be even a person I met on a park bench once and never after. I begin there and then the character seems to develop as I write.
I think there is a kind of reverse feedback. Characters and the story itself develop as you write. I just leave them to take shape on their own most of the time.

MANU BHATTATHIRI was born in Kottarakkara, a small town in South Kerala. He has done his schooling in Arunachal Pradesh, Assam, Kashmir and Bangalore, and his college in Kerala.Manu has worked as a journalist, an advertising copywriter, and briefly as a college lecturer. He currently co-owns a small ad agency with his two Partners. Apart from numerous articles and short stories in magazines and newspapers, Manu has published two books. The first is a collection of inter-related fiction called Savithri’s Special Room and Other Stories, outfrom HarperCollins in 2016.
The collection was longlisted at the Tata Literature Live! in 2016 and shortlisted at the 15th Raymond Crossword Book Award in 2017.
For the complete interview, log onto www.valley ofwords.org

Garhwal Post has established itself as a credible, balanced and forward looking newspaper in India. Based in Uttarakhand, the daily is read by the aware, socially and culturally responsible, high-income elite of society.
Contact us: info@garhwalpost.in
gay men loving each other match dating free search serious dating sites australia