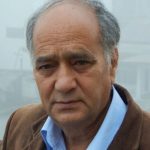 In the midst of all the gloom that prevails in the wake of ever multiplying coronavirus variants if there was one welcome news in the year that has just passed, it was the repeal of three controversial farm laws by the central government. It was no easy win for the Indian farmer as he was up against an obdurate and authoritarian government that does not believe in the power of negotiations and makes policy announcements keeping politics ahead of economic wisdom. That the government relented finally is due to electoral compulsions rather than listening to the protesting farmers. Be that as it may, the entire episode has brought the question of farmers and the village not only to the centre of Indian politics but also of the urban imagination.

Mahatma Gandhi famously claimed that ‘India lives in her villages’ meaning that India was essentially an agrarian civilization. One may protest that the trajectory of his own life contradicted this contention since Gandhi spent all his formative years in cities. Growing up in the towns of Kathiawar he went on to study in London. His work then took him to South Africa where he lived in the cities of Durban and Johannesburg, where he found his vocation, honed his political skills and made abiding friendships. On his return to India he began to operate from the cities and Bombay became the epicenter of his major all-India satyagrahas, notably the Rowlatt Satyagraha of 1919 as well as the Quit India Movement of 1942. His most famous fasts were undertaken in Poona in September 1932, in Calcutta in September 1947, and in New Delhi in January 1948. It was only on the advice of his political guru Gopalkrishna Gokhale that Gandhi began to seriously explore rural India. That was in his late forties. A chance reading of John Ruskin’s Unto This Last, on a train journey from Johannesburg to Durban attracted Gandhi to the simplicity of rural life.

How did a city product adopt the speech and manners of the villagers, one might wonder? Perhaps there was latent in Gandhi a retrievable imagination of the village which he could revive when the time came. Its survival within him was ensured through the rituals, folklore, epics, legends and myths to which he was exposed through the traditions of his family, his social milieu and associations. And then he envisioned the future of India around that of the village.

The village has long been viewed as a convenient entry point for understanding ‘traditional’ Indian society or ‘real India’ so to speak. In the nationalist discourse, the idea of village as a representative of authentic native life was derived from the same kind of imagination. Though Gandhi was careful enough not to glorify the decaying village of British India, he nevertheless celebrated the so-called simplicity and authenticity of village life – an image that was also derived from colonial representations of the Indian village, though for a different purpose. The decadence of the village was seen as a result of colonial rule and therefore village reconstruction was, along with political independence, an important way for recovery of the lost self.

In the contemporary discourse, however, village has declined in the urban imagination. For the new generation of Indians, the village has increasingly become merely a demographic or statistical datum. Economists calculate national income and rural India’s contribution to it. Though the rural population significantly contributes to the national economy, village is no longer a viable presence in the mainstream Indian economic planning. On the other hand, the Indian city has emerged stronger in the popular imagination.

Though the city appears as an interminable point of reference to human experience through different stages of history, the urban experience has not been received in unequivocal terms. The eternal distinctions between good and evil, civilized and primitive, colonized and the colonizer, collective and the individual, modern and pre-modern are invoked in connection with the country – city divide. Several sociologists have characterized the city in negative terms considering the urban world-view as impersonal, materialistic and antagonistic to social cohesion. In such imagination the city often appears as dark, dysfunctional, mechanical, engulfed in ecological and social crises, seduced by capitalist consumption, paralyzed by crime, class, gender, and racial conflicts, and subjected to excessive technological and technocratic control. With social breakdown, the hold of the traditional community is weakened, which results in making the city a space of alienation, disorientation and disorder. The city becomes a site of beurocratic corruption, ill health, immorality, chaos, pollution, congestion, and a threat to social order. The experience of getting lost in the crowd produces feelings of estrangement while the multitudes become atomized parts of the mass society. In such a situation the rhythm of daily life, far from promising the pleasures of urbanity only bring the misery, strife and boredom.

It must be said, however, that even though the modern western cities are viewed with ambivalence in traditional sense of the term, the cities did have a venerable position in various societies. The archetypal city of Athens stood, and continues to stand, for notions of democracy, civic culture and urbanity. In ancient and medieval India a city was variously known as puram or nagara. The word puram actually meant an organized city, and accordingly, most of the cities across India developed as the hubs of vibrant public life. To achieve all the noble virtues of civilization in Indian life one had to become a nagarik, a dweller of town. With the advent of colonial modernity, the ancient nagara was transformed into the stronghold of modern industrial capitalism. The forces of colonization, modernity and urbanization thoroughly revamped the basic features of the city.

The current prominence of neo-liberalism in India, along with its several other impacts, has affected the material and ideological re-mapping of the modern city. One of the most important transformations witnessed by the modern Indian city is polarization of spaces – the marking out of separate spaces for the rich and the poor; and a dispossession of the socio-economically marginal groups from the inner city to suburban fringes. A modern city such as Delhi embodies the spatial segregation of the elites and the marginalized, constructing the poor as criminal subjects and structuring the urban space in the neo-liberal model, which, very often, is built upon the conversion of rural lands into private property for elite consumption, resulting in the encroachment on agricultural lands and a gradual displacement of the farmer by the urban elite. The gated communities jealously secure their private space with private security guards and high walls guarding them from prying eyes. The darker side of this urban reconstruction exposes how the poor and the marginal groups live a precarious life of dispossession and deprivation in complete contrast to the luxurious and sheltered lives of the urban middle and upper classes. While the city restructures itself for the enterprising elites the underdog are pushed to farther margins into darker realms of violence and criminality.

In the extreme cases, several sections of our society such as those belonging to adivasis or nomadic tribes, are not even allowed to live in their natural habitat. They are driven out to make way for Special Economic Zones. A sort of transnational space is created for the corporates who make unwarranted claims on the land that would rightly belong to others struggling for their entitlement.

The move from the village to the city is not a simple journey. It symbolizes the loss of innocence and all that which must be left behind to attain a modern state of being, for greater material possessions and for social status.

In the famous ‘train scene’ from Satyajit Ray’s classic film Pather Panchali Apu and Durga wend their way outside the village, wander through a field beautiful and wind-swept, only to come upon towering, ominous transmission and power poles, then the approach and rushing past of the deafening (if also exhilarating) locomotive. It is a passageway to a world beyond the village, a suggestion of a world that transcends the experience and rambling pace of village life, but also a powerful, abrasive and discordant intrusion into the quiet calm of much of the film.

In one of his last interviews Ray in a reflective and melancholic mood points to the tension in his films between the modern and the traditional, noting that ‘there is a contradiction between simple life and modern life. I am interested in this contradiction between the savage and the modern. I am influenced by this simplicity. … I regret that I am not a savage because they are in sympathy with what they are doing. I don’t believe in modern life. I am disappointed, disillusioned.’

Bimal Roy, Premchand, Raja Rao ( in Kanthpura) or Kamala Markandaya could not have felt differently.

(The writer is former Professor and Head of the Department of English, H.N.B.Garhwal University)