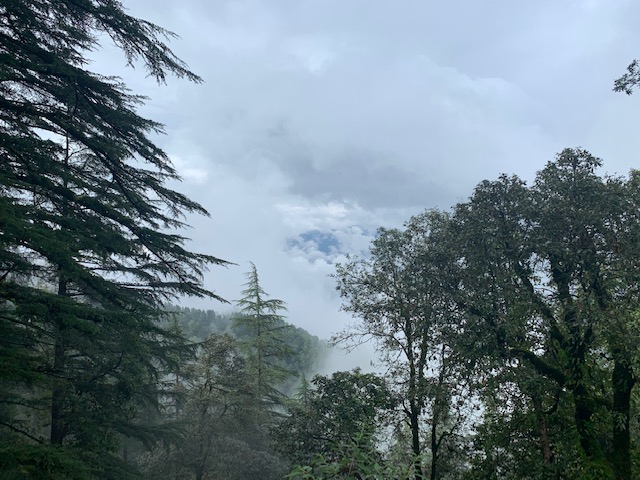 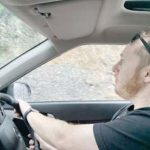 The sound of rain on a tin roof is perhaps the most peaceful thing I have heard. If under a heavy quilt, it sounds even more divine. I trace this sensory experience to my childhood, in specific the years lived in Landour. The sounds and smell of rain have always fascinated me, but it is the precise sound of rain falling on old tin roofs that has sent me into lovely deep sleep over many monsoons growing up and later on infrequent visits back to Landour.

A week just spent in Landour was bliss, after nearly ten months’ absence. It rained a lot, which was nice after a very belated and rather disappointing ‘monsoon’ in Noida, if we can even call it that. Kept indoors for several afternoons, we did not mind because we had so much fun playing Scrabble, Uno and Dominoes over rounds of coffee and tasty cinnamon rolls from Prakash’s & Co. Not having any mobile connection at our estate was also wonderful, for the most part.

I know people who cannot sit indoors for days on end, and some who find constant rain depressing. I am not one of those. Give me rain anytime – ok, well, not on days when I have cricket matches scheduled – and I am happy. The greyer the clouds, the wetter the air and earth underfoot, the merrier I am. Like I was over the past week in Landour. 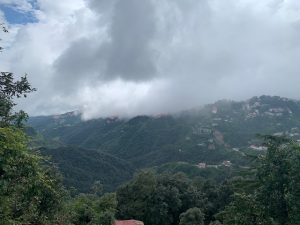 But there is a very real and crippling negative aspect to heavy monsoon rainfall, which we do not always and immediately realize. A series of landslides on the Dehradun-Mussoorie road created havoc, which resulted in the main thoroughfare being closed for two days.

Adding to the problem on the Dehradun-Mussoorie route is the road-widening work undertaken by the PWD during the lockdown. Well-intentioned though the project is, at one big bend on the road to Mussoorie a large chunk of the mountainside has been oddly cut at a concave angle, which made it susceptible to landslides caused by heavy rain. And it is this specific area that gave way when the downwards movement of soil and rock was precedented by heavy overnight rain.

The most sobering to witness, though, were the several makeshift residential dwellings and temporary shops damaged due to the heavy rainfall. This affects peoples’ livelihoods, and it is anything but blissful for those impacted by such devastation. Spare a thought for those affected, please.

On our way back down, we saw traffic jammed up after the Mussoorie jheel; cars were immobile for as far as the eye could see, like a long, ugly snake. Luckily, we had been advised by several friends – Tashi, Raja, Anil Prakash and Shiv – to take the rarely travelled Kimadi route. Having never taken his, I was somewhat apprehensive, but once we heard from our well-wishers who themselves had travelled this road during the week, I decided to try it.

The road is paved for the most part but rather narrow, and there are no railings, but it is a scenic drive. Taking a right after the ITBP toward Hathipaon, we drove for about ten kilometres through the mist until a sharp left set us on our way to Kimadi. Thereon, we saw several waterfalls amid the lush green landscape and since the traffic was almost entirely one-way, we had no problems navigating our way down to Dehradun. Thank you, Tashi, Raja, Anilji and Shiv, for suggesting this road.

As we crossed the outskirts of Dehradun and headed into Rajaji National Park, it began to rain, just as it had when we hit this exact spot on our way in a week ago. It was a very brief shower, and the last we experienced on this trip.

Collectively, all of us in the car sighed. There’s something about the rains, especially in the hills.