DEHRADUN, 8 Apr: Even though the disease might not afflict them, but misinformation and apathy is affecting companion animals and livestock during the current Covid Crisis. In response to misinformation circulating about cats and dogs being vectors of COVID 19 and the consequent rise of reported incidents of cats and dogs being attacked as well as cases of pet-abandonment, several well-known influencers have come together to dispel such falsehoods. In recorded messages, prominent individuals such as Tiger Shroff have issued statements for the public by emphasising that COVID 19 can only spread through human to human transmission and that companion animals have no role in the disease’s transmission. 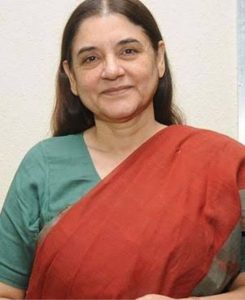 Tiger issued a passionate appeal asking people to spend time with their pets and that dogs and cats cannot transmit the virus to any human. His view is supported by the national and international medical and veterinary agencies.

Tiger’s video was released by the Premier English daily of Uttarakhand, GARHWAL POST on 8th April late evening on social platforms by it’s editor, publisher and actor himself, Satish Sharma.

“We never fail to raise issues related to animals prominently in our newspaper”, said Sharma.

Other eminent persons who have taken the lead in reaching out to the public with their messages that pets/companion animals cannot spread COVID 19, include Smt. Maneka Sanjay Gandhi, Member of Parliament, Lok Sabha & Animal Rights Activist, Dr. Mukesh Batra, Founder & Chief Managing Director, Batra’s Positive Health Clinic Private Limited, Shri Anubhav Mohanty, Member of Parliament, Lok Sabha & Actor and Sangram Singh, Wrestler & Philanthropist. Sonakshi Sinha, Actress, also made an appeal on twitter to stay away from misinformation and to care for animals during this crisis.

Garhwal Post has established itself as a credible, balanced and forward looking newspaper in India. Based in Uttarakhand, the daily is read by the aware, socially and culturally responsible, high-income elite of society.
Contact us: info@garhwalpost.in
https://garhwalpost.in/canadas-dating-coach/ catchy dating headlines that attract sugar daddies proximity dating app