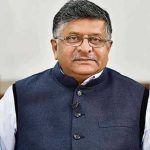 India is passing through a very critical time. Corona Virus has become a huge pandemic severely threatening life and the entire country is in lockdown. Nearly the entire world has been impacted and no known cure has been found till now. These are times of great challenge, anxiety and also concern. However, any challenge also presents an opportunity and may be this crisis which has affected across humanity, high or low,
wealthy or poor without recognisingany race and religion, also requires new resolve and response. April
14th is the Birth Anniversary of the great Indian, Baba Bhimrao Ambedkar, who apart from being the architect of our Constitution was also a social reformer. He
described our Constitution as a social document as well where rights and obligation as also empowerment and inclusion are equally important values to be kept in mind in the march of free India.

It has been the extraordinary tradition of India that whenever faced with a challenge, the inner strength of the country and its people rises. We all remember that when there was food crisis in the 60s, the then PM, Shri Lal Bahadur Shastri made an appeal to the people of India to skip one meal everyday and the entire country responded. While commitment and unity during times of war is well-known and quite natural, even during national crises, the people of India have always risen to the occasion provided that the leadership is capable of inspiring.

PM Narendra Modi, as we all know, is a popularly elected PM whom the people of India have chosen as their leader. He has been occasionally making appeals to the people of India and they have risen to the occasion. If he asked those who could afford to voluntarily leave their cooking gas subsidy, crores of people responded so that poor women could be given the cooking gas connection in the Ujjawala Scheme. When he launched the Swachh Bharat Programme, he asked the people of India to voluntarily participate in the construction of rural toilets and, in the last 5-1/2 years, it has become such a mass movement ensuring the highest ever construction of toilets in the villages and many Gram Panchayats becoming open defecation free. It was his inspiring call to become Swachhagrihi from Satyagrihi and the people of India voluntarily accepted clean India as a national mission because they thought it was their duty to do so.

In the Corona crisis, the PM appealed to the people of India for a Janata Curfew and also public clap for all the doctors, paramedic staff and others, who are toiling hard at great risk to themselves to serve the large number of patients suffering from COVID. He also took the extraordinary measures to declare the lockdown in the country for 21 days in the first instance and the people of India took it as a part of their duty to heed to his call and remain confined to their homes. Maintaining social distancing was important to contain its contagious virus. On his one call, the entire country lit a lamp or a diya to show unity and energy in the country during these challenging times.

Rights and duties are integral to our constitutional architecture even though fundamental duty was provided for much later in the Constitution. The idea of obligation coupled with duty has been the fundamental feature of our Constitution. For instance, there is Fundamental Right of Freedom under Article 19 of speech, of assembly, of movement, residence, etc. But the same Article also provides for a duty under Article 19(2) that it has to be exercised in a manner which does not adversely impact upon the unity and integrity of India, security of the State, public order, morality, etc. If it is so exercised, then reasonable restrictions can be imposed. Article 17 abolishes untouchability in any form and its practice is forbidden. Obviously, there is a duty on every Indian not to do so. Article 39 of the Constitution enjoining upon the States, the obligation to have policy whereby the material resources are so distributed as best to subserve the common good. The duty of every Indian towards fulfilment of the common good also becomes a constitutional obligation. Article 49 imposes an obligation upon the Government to protect every monument or place of artistic or historical importance declared as one of national importance from spoliation, destruction and disfigurement. Surely, it imposes a duty on all of us to help and protect these historical monuments.

Article 51A, added later, contains the chapter on Fundamental Duties. Important among these, is to respect the National Flag, National Anthem to uphold and protect the sovereignty, unity and integrity of India, protect and improve the natural environment, etc. In my view, an important duty is 55A(j) which prescribes that “every citizen to strive towards excellence in all spheres of individual and collective activity so that the nation constantly rise to higher levels of endeavour and achievement.”

How do we fulfil these duties? If by our collective will and following our duty during these times of great challenge in the fight against Coronavirus, our country succeeds then we shall be fulfilling a collective obligation to help our nation rise to higher level of achievement. We are happy to know that many of the initiatives of Prime Minister Narendra Modi and some State Governments are also being globally appreciated.

I would seriously recommend that, today, every Indian must remember not to ask what the country can give you but also reflect as to what one can give to the country. Even the Supreme Court in a judgement in 2012, Ramlila Maidan incident, in RE, has clearly held that there has to be a balance and proportionality between the right and restriction on the one hand and right and duty on the other. It will create an imbalance if undue or disproportionate emphasis is placed upon the right of citizen without considering the significance of the duty. The true source of right is duty. I am sure during these trying times every Indian will remember this. Surely, we shall overcome.