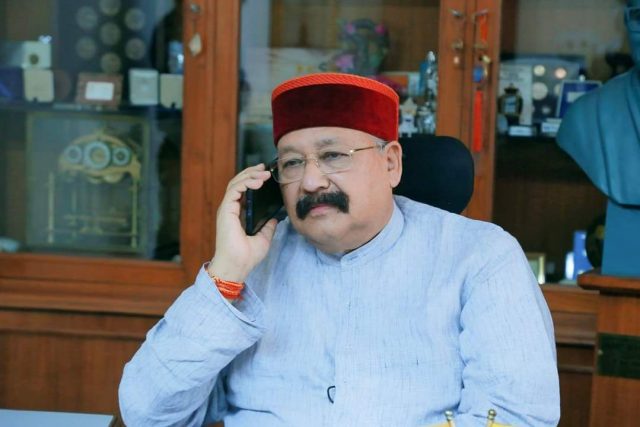 By Our Staff Reporter
Dehradun 18 May: The portals of the Badrinath Shrine were opened in the early hours of Tuesday.
Tourism Minister Satpal Maharaj congratulated the devotees by releasing a video on social media after the opening of the doors of Shri Badrinath Dham amidst security arrangements in the Corona period.
Maharaj attended the virtual darshan this morning. He said that keeping in mind the safety of pilgrims, the Yatra had been postponed.
He added, “Respecting the sentiments of the devotees, we have arranged a virtual tour. After the situation becomes normal, the Char Dham Yatra will be conducted keeping the safely of pilgrims an utmost priority.”