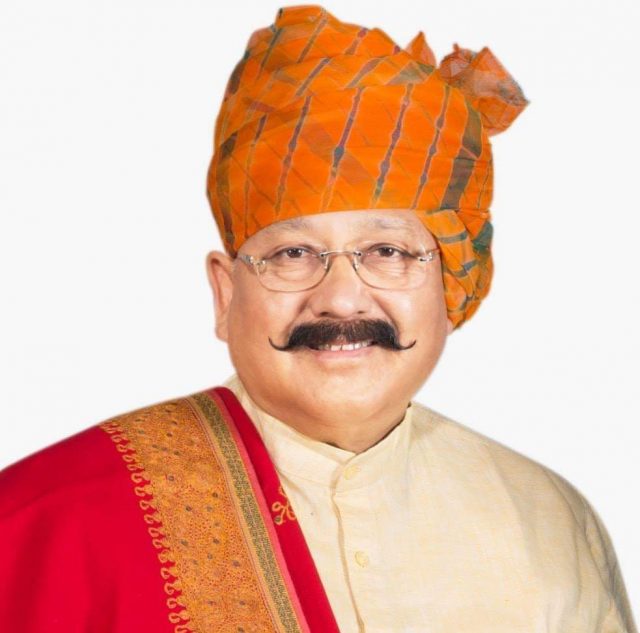 DEHRADUN, 31 May: State Tourism Minister Satpal Maharaj is among 22 people who have tested positive for COVID-19. It may be noted that his wife and former Minister of State Amrita Rawat had already tested positive on Saturday and was admitted for treatment at the AIIMS, Rishikesh, today. This had led to his being tested for the virus.
This information was confirmed by Chief Secretary Utpal Kumar Singh.
According to the tests, Maharaj, his two sons and daughters-in-law have all been found to be corona infected. As there is doubt in the case of one of his sons, his test has been conducted again.
The samples of 17 employees have also returned positive, while 12 are negative. From the latter, six will be retested.
With Maharaj testing positive, the probability of the State Cabinet and several officials being quarantined has increased. Maharaj had attended the cabinet meeting held on 29 May.
According to Government Spokesman and Minister Madan Kaushik, the ministers and officials would follow the directions of the Health Department.
In the meanwhile, former Minister of State Amrita Rawat was admitted to All India Institute of Medical Sciences Rishikesh today after receiving a COVID-19 positive report.
Due to poor health, she was tested in Dehradun and her report returned positive on Saturday. So, she was admitted to AIIMS on Sunday morning. The former minister is housed in the COVID-19 containment area located in the C-block of the hospital, where a team of doctors is monitoring her health.
On the other hand, the report of two people undergoing COVID testing at AIIMS Hospital has been found to be positive. AIIMS Public Relation Officers Harish Mohan Thapliyal said that the report of a 12-year-old resident of Ranipokhari Dandi was found positive late on Saturday, whose sample was taken a day earlier. He said that the mother of this teenager had tested positive in the past, and is undergoing treatment at Doon Medical College Hospital. Hence, her daughter also had to be tested and proved to be infected.
Apart from this, the report of a 29-year-old youth, resident of Shishamjhadi, Munikireti, has also returned positive. The young man, who was sampled at the OPD screening of the AIIMShad returned from Delhi and was home quarantined at IDPL Colony. Additionally, 1 sample from Uttarkashi, 2 from Narendranagar and 2 from Roorkee have also been found positive. The information related to positive cases has been given to the State Surveillance Officer.