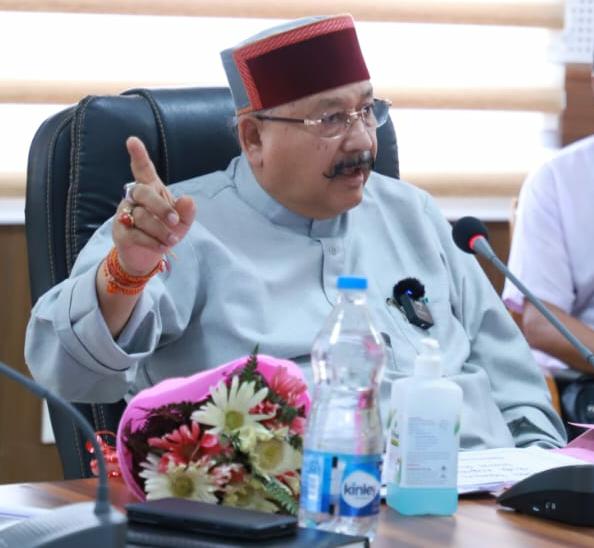 DEHRADUN, 17 May: The number of pilgrims at the Chardham Yatra is increasing continuously. In view of the increasing pressure, State Tourism and Endowment Minister Satpal Maharaj has ordered Secretary, Tourism, Dilip Jawalkar that Kedarnath should not have an excessive crowd of devotees.

Expressing concern over the increase in the death toll of horses and mules in Kedarnath, he said appropriate corrective measure should be taken immediately.

Minister Satpal Maharaj pointed out today that there is a record-breaking increase in the number of pilgrims visiting the Chardham, which is a matter of happiness for the state. In view of the increasing number of arrivals, the authorities should implement a system to gradually send them towards the Dhams. He warned that there should be no excessive crowd in Kedarnath under any circumstances.

Prominent politician and animal rights activist Maneka Gandhi has also expressed deep concern at the death of a large number of horses and mules during the Kedarnath Yatra in a conversation with Minister Satpal Maharaj over the phone. Taking cognisance of which, he has spoken to the Animal Husbandry Minister Saurav Bahuguna and asked him to intervene in this matter along with regulating the use of horses and mules.

He has asked Secretary Jawalkar, to make arrangements for the horses and mules to be rested for three to four hours after having their food.

He said that the pilgrims should be stopped in advance and sent to the Dhams gradually. This would also ensure that the animals are not put under pressure. He declared it is necessary to take care of the voiceless animals.