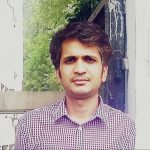 By Ashish Singh
Traditional systems of medicine (TSM) such as Ayurveda (India & Sri Lanka), Kampo (Japan), Zhōngyī (China) and Unani (Central Asia) are highly popular in Asia and among the Asian diaspora. They are more affordable and accessible to much of the population compared to modern medicine (including diagnostics and surgery) and have greater cultural affiliation while often being denounced as quackery by medical scientists. Their use has skyrocketed during the ongoing pandemic due to a number of factors, including cultural nationalism and concomitant promotion by Asian governments, slick marketing using a strong cultural connect, the failure to find an effective modern medicine quick enough (which yielded a lot of space to misinformation over social media), the high prices of drugs such as remdesivir that were used to treat COVID-19 infections (despite showing little effectiveness), low insurance cover among the public, and general suspicion of ‘Big Pharma’.

Yet, the general discourse has been polarising. The underlying philosophies of TSM often recommend a level of personalised medicine such that no two patients receive the same formulations for the same illness. The concepts used to test and validate modern medicine, such as randomised controlled trials, cannot be applied to the formulations of TSM, leading them to be labelled ‘unscientific’ or ‘pseudoscientific’ with very broad strokes. Some practices are toxic, such as the use of heavy metals compounds in Ayurveda, or ineffective altogether, such as rhino horns in Zhongyi. Many of the authoritative texts used in TSMs, such as Charaka Samhita or Huangdi Neijing have been used unquestioned for centuries. Practitioners of TSM have responded with dismissiveness, often appealing to cultural prejudices, anti-colonialism and nationalism on the one hand, and drawing attention to unethical and predatory practices of hospital chains and pharma companies on the other. The mismatch between clinical trial protocols and TSM has been cited as a failing of the ‘Western’, reductionist approach as being inadequate, if not outright bankrupt (‘Diwaliya science’, in the words of Baba Ramdev).

Such polarisation is not rational. Modern medicine is highly dependent upon synthetic drugs, the creation and testing of which requires facilities only affordable for large pharmaceutical companies, and which remain (rightfully) under patent protection for decades. TSMs have over the centuries accumulated a vast library of plant and animal products, with notes on their indications and counter-indications for various illnesses; these can serve as valuable sources for new drugs, which can potentially be cheaper to manufacture. Two good examples are the anti-malarial drugs such as quinine and artemisinin, which owe their origins to herbs used in TSM in South America and China, respectively. Even where promising candidates such as curcumin have failed, they have been the sources of derivatives such as EF-24, which is showing some potential. With access to resources like multi-assay arrays, bioinformatics and greater knowledge of protein structures in vivo, a huge number of herbs, fruits, seeds and roots used in TSM can be screened for bioactive compounds. Secondly, while ‘star’ compounds like curcumin have gained attention, other compounds have slipped under the radar or have barely been studied. One example is bisdemethoxycurcumin, a turmeric ingredient that has shown some promise. Thirdly, it must be noted that TSMs use plant extracts, which may have hundreds of compounds, rather than single molecules. While the vast majority of compounds may have no effect whatsoever, the combination of two or more compounds may show greater activity than a single molecule.

The recent evolution of the role of medicine, from prevention of and intervention during acute illnesses such as infections (where modern medicine has had its most inarguable success), towards management of multi-symptomatic, multi-organ illnesses like diabetes and hypertension (which also depend on food habits and climatic conditions) has created a window for conversations between modern and traditional systems. In particular, it creates a space to evolve protocols to test TSMs in a rational, replicable and statistically tractable fashion. These are the need of the hour in order to bring validated TSM protocols into the mainstream, which in turn increase the repertoire available to modern medicine.

The consortium draws talent from both academia and industry from India as well as the USA. It has launched a project that will review the published literature on the clinical uses of hundreds of plant extracts used in TSM. These reviews (to be published in scientific journals with high impact factor) will rigorously analyse the claims and counter-claimsof various single molecules and combinations sourced from the plants used in TSMs, beginning with Ayurveda and moving on to other TSMs. This study will also help negate false claims based on poor research, which have only dented the credibility of this conversation between TSM and modern medicine.

Further plans will include fundraising, examining plant extracts for active compounds and assaying them in silico, in vitro and in vivo for medicinal properties, in collaboration with universities and laboratories around the world, followed by clinical trials for those that shine through. In the aim of making a better world for our descendants, modern and traditional systems of medicine do not have to be a zero sum game.

Garhwal Post has established itself as a credible, balanced and forward looking newspaper in India. Based in Uttarakhand, the daily is read by the aware, socially and culturally responsible, high-income elite of society.
Contact us: info@garhwalpost.in
gay middle eastern dating app https://garhwalpost.in/hookup-dating-sites-south-africa/ dating websites free for women