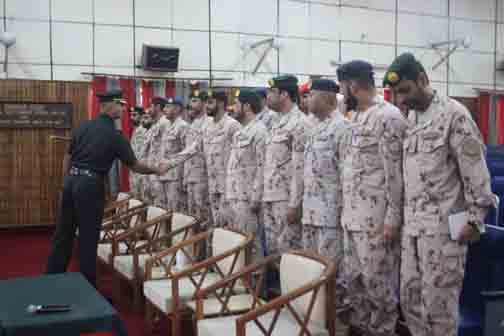 Dehradun, 18 Jul: Spearheading India’s outreach for increased engagement with the Middle East in defence cooperation, Indian Military Academy, one of the premier Pre-Commission Training Institutes of the country, shall be imparting training to soldiers from the UAE. The contingent from UAE, comprising 20 Other Ranks reached IMA on 17 July.
The training is scheduled from today to 31 August over a period of seven weeks. This would involve various aspects pertaining to ‘Drill’, which is the bedrock of discipline in the Armed Forces. Such military training engagements with friendly foreign countries have been facilitated by the Indian Army for a large number of foreign militaries in the past. However, this is the first time that this kind of training has been organised for the officers and soldiers of UAE at the Indian Military Academy. The interaction between counter parts will go a long way in enhancing the bonhomie that the two countries already enjoy. During the 2017 Republic Day parade, UAE had participated for the first time as a leading contingent.