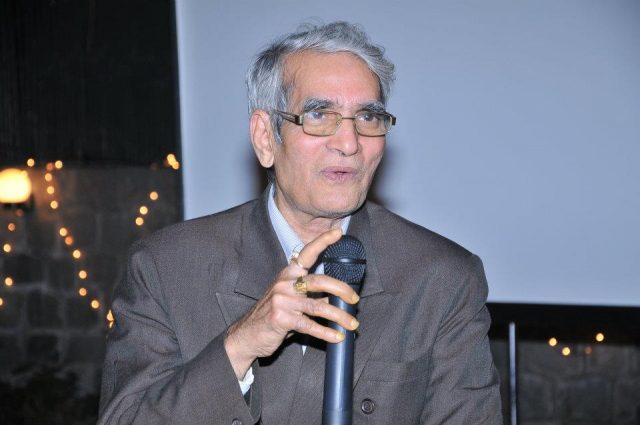 The story goes that Dr TSR Prasada Rao, a noted technocrat in the energy sector, would easily make the host look like a guest in his own place within minutes of a meeting. It was due to his high energy, positivism, friendly and engaging nature.
No wonder that these traits helped the former Director of the Indian Institute of Petroleum (IIP), Dehradun, to make important contributions in India’s oil, energy and catalyst Chemicals industry.
In a career of over 50 years, he made a mark in developing technologies and then convincing the industry to adopt them. The work of IIP under his leadership during (1990-99) led the way to making a difference in the Indian Oil & Petroleum, Energy and Chemicals sectors.
In December 2020, he was honoured with the Lifetime Achievement Award of the Indian National Academy of Engineers (INAE).
TSR & I:
The first time I met Dr TSR Prasada Rao was in his office as Director of the IIP in Dehradun in 1994. I was on a visit to cover the research achievements of the Institutes in Dehradun as a Reporter of The Hindu Business Line, based in New Delhi. In addition to IIP, Dehradun has a huge presence of the Oil and Natural Gas Corporation (ONGC), Petroleum Research Institute, a Defence Laboratory, etc.
Just a little over 25 years later, in 2020, Dr Rao, settled in Hyderabad, and just having completed 80, retains almost the same excitement for indigenous technology development and Indian industry scaling up the value chain. The technology consultancy company, Sarasijam Technologies, which he floated after retirement, enabled several of these.
IIP among top CSIR performers:
During the 1990s, the Council of Scientific and Industrial Research (CSIR) was facing pressure to raise at least 30 percent of its annual budget from external (Industry) sources through technology transfer or consultancy work, etc., as recommended by the Abid Hussain Committee.
In the network of about 40 labs under the CSIR, a few like the National Chemical Laboratory (NCL) Pune led by Dr R A Mashelkar, the Indian Institute of Chemical Technology (IICT), Hyderabad, under Dr AV Rama Rao and the IIP, Dehradun, led by Dr Prasada Rao were among the top performers. In 1995, the three Directors were also in contention to succeed Dr SK Joshi as the Director-General, CSIR. Ultimately, Dr Mashelkar made it.
Ramar Pillai & IIP:
During the height of the infamous Ramar Pillai and cheap petrol from a secret concoction of herbal plant extracts from the Western Ghats episode in 1996, Dr Prasada Rao and IIP played a key role in providing supportive evidence that the claim was not practical, economically viable and wrong.
Having been forced to cover the sensational story, first pushing the big claim and then forced to set the claim to rest, I had a tough time. Ramar Pillai has support from the DMK and politicians from Chennai. Even Business Line it covered extensively. However, the claim was hollow.
Dr PM Bhargava, former Director, Centre for Cellular & Molecular Biology in Hyderabad questioned it and put pressure. The DST along with the R&D Centre of Indian Oil Corporation, an expert group of scientists, finally exposed the claim as hollow. Dr Rao and IIP were of great help in my reportage.
Our Memorable Visit:
Interestingly, the IIP housed a large Tea estate and had picturesque surroundings. Dr Rao was generous once to host our family in the guest house. In the evening, the employees told us that sometime a tiger too would stray into the campus. We had a memorable holiday visiting Dehradun and Mussoorie.
Always brimming with confidence, Prasada Rao had the courage to hold Industry-IIP meets in New Delhi and Mumbai to showcase and discuss potential technology transfer, joint venture and seminars in the oil, energy and chemical sectors.
It was a privilege to be invited for his 60th birthday and retirement, which was done with all the traditional home rituals to organising a full day conference and farewell with Dr Mashelkar as Chief Guest and many noted speakers on 31 January, 1999.
Over a period of 6 decades, Dr Prasada Rao has contributed to technologies for transportation fuels, plastics, and materials.
He is now settled in Hyderabad. 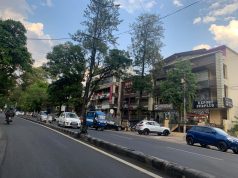